From Kings and Priests to Merchants and Commissars 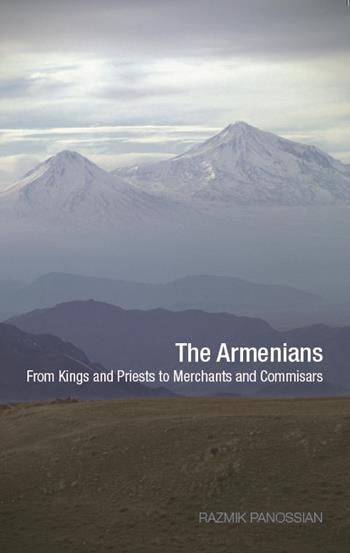 From Kings and Priests to Merchants and Commissars

The Armenians traces the evolution of Armenia and Armenian collective identity from its beginnings to the Armenian nationalist movement over Gharabagh in 1988. Applying theories of national-identity formation and nationalism, Razmik Panossian analyzes different elements of Armenian identity construction and argues that national identity is modern, predominantly subjective, and based on a political sense of belonging. Yet he also acknowledges the crucial role of history, art, literature, religious practice, and commerce in preserving the national memory and shaping the cultural identity of the Armenian people.

Panossian explores a series of landmark events, among them Armenians' first attempts at liberation, the Armenian renaissance of the nineteenth century, the 1915 genocide of the Ottoman Armenians, and Soviet occupation. He shows how these influences led to a "multilocal" evolution of Armenian identity in various places in and outside of Armenia, notably in diasporan communities from India to Venice. Today, these numerous identities contribute to deep divisions and tensions within the Armenian nation, the most profound of which is the cultural divide between Armenians residing in their homeland and those who live in the United States, Canada, the Middle East, and elsewhere. Considering the diversity of this single nation, Panossian questions the theoretical assumption that nationalism must be homogenizing.

Based on extensive research conducted in Armenia and the diaspora, including interviews and translation of Armenian-language sources, The Armenians is an engaging history and an invaluable comparative study.

The most meticulously researched and scholarly study of the development of Armenian national identity ever written. Ralph M Coury, American Historical Review

The most sophisticated and comprehensive analysis of the development of self-understanding. International Journal of Middle East Studies

Razmik Panossian is the director of programmes and policy at Rights and Democracy in Canada.