Edited by Kirk A. Denton 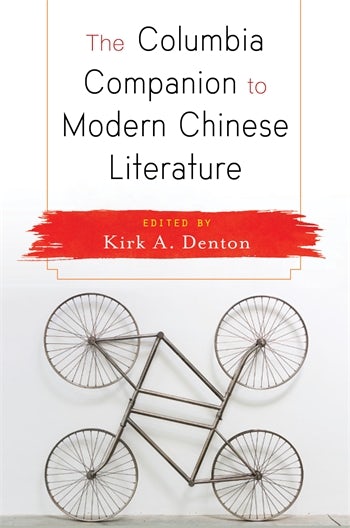 Edited by Kirk A. Denton

The Columbia Companion to Modern Chinese Literature features more than fifty short essays on specific writers and literary trends from the Qing period (1895–1911) to the present. The volume opens with thematic essays on the politics and ethics of writing literary history, the formation of the canon, the relationship between language and form, the role of literary institutions and communities, the effects of censorship, the representation of the Chinese diaspora, the rise and meaning of Sinophone literature, and the role of different media in the development of literature. Subsequent essays focus on authors, their works, and the schools with which they were aligned, featuring key names, titles, and terms in English and in Chinese characters. Woven throughout are pieces on late Qing fiction, popular entertainment fiction, martial arts fiction, experimental theater, post-Mao avant-garde poetry, post–martial law fiction from Taiwan, contemporary genre fiction from China, and recent Internet literature. The volume includes essays on such authors as Liang Qichao, Lu Xun, Shen Congwen, Eileen Chang, Jin Yong, Mo Yan, Wang Anyi, Gao Xingjian, and Yan Lianke. Both a teaching tool and a go-to research companion, this volume is a one-of-a-kind resource for mastering modern literature in the Chinese-speaking world.

The Columbia Companion to Modern Chinese Literature addresses a range of issues crucial to our understanding of modern Chinese literary culture, from the birth of new fiction to the advent of Internet writing and from the vitality of cultural production to the vigor of political intervention. In this volume, Chinese literature appears to be a most powerful institution that inscribes, and sometimes even prescribes, the history of modern China. David Der-wei Wang, Harvard University

The Columbia Companion to Modern Chinese Literature is a dynamite collection of short, smart essays written by many of the leading scholars in the field. It is not only a useful source but also a good read that brings alive the cultural complexity behind the many passionate debates surrounding modern literature in China. Wendy Larson, University of Oregon

The field of modern Chinese literature has grown immensely in recent decades. Only collaboration among many scholars can encompass it. The Columbia Companion to Modern Chinese Literature does this, but it is much more than a reference book. It is a kaleidoscope of deft and charming essays that provide insight as well as background for students at all levels. The book will be invaluable in teaching. Perry Link, University of California, Riverside

The Columbia Companion is a very stimulating guide to modern Chinese literature. More than that, it is a landmark work.... No other single volume has presented this range of literature and this level of critical introduction. Whether as teachers or as research scholars, we should not overlook this contribution to our field. Edward Mansfield Gunn, Modern Chinese Literature and Culture

Read the "historical overview," by Kirk A. Denton: