The Columbia Guide to Hiroshima and the Bomb 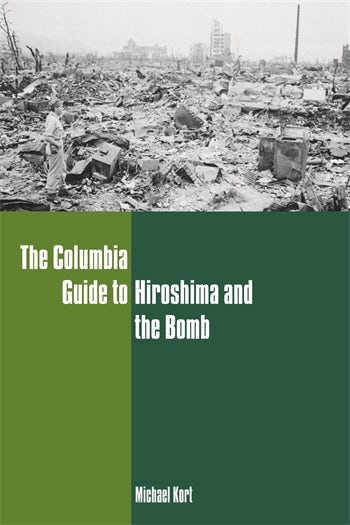 The Columbia Guide to Hiroshima and the Bomb

Few aspects of American military history have been as vigorously debated as Harry Truman's decision to use atomic bombs against Japan. In this carefully crafted volume, Michael Kort describes the wartime circumstances and thinking that form the context for the decision to use these weapons, surveys the major debates related to that decision, and provides a comprehensive collection of key primary source documents that illuminate the behavior of the United States and Japan during the closing days of World War II.

Kort opens with a summary of the debate over Hiroshima as it has evolved since 1945. He then provides a historical overview of thye events in question, beginning with the decision and program to build the atomic bomb. Detailing the sequence of events leading to Japan's surrender, he revisits the decisive battles of the Pacific War and the motivations of American and Japanese leaders. Finally, Kort examines ten key issues in the discussion of Hiroshima and guides readers to relevant primary source documents, scholarly books, and articles.

A rich resource to the complex and often profoundly controversial questions surrounding the bomb of Hiroshima and Nagasaki in 1945. Reference & Research Book News

Lucid and careful summaries of the issues...[a] substantial and well-chosen collection of documents from American and Japanese sources Lawrence D. Freedman, Foreign Affairs

Not only comprehensive but so engaging... This is a book for every library. Joe P. Dunn, American Reference Books Annual

By giving the nuclear debate life before the Cold War, Kort revitalizes it for a new complex era. The Columbia Guide to Hiroshima and the Bomb makes a valuable contribution. Jay Larson, Peace and Change