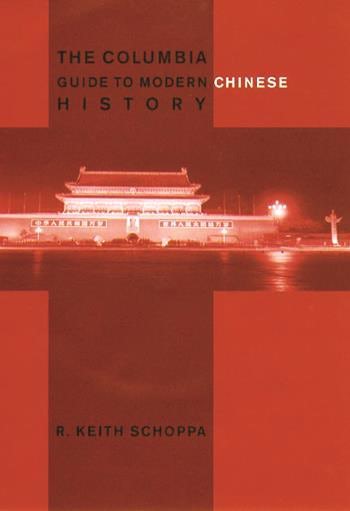 China, the world's oldest and most populous state, remains an enigma to most people in the West, even at a time when that country is playing an increasingly prominent role on the international stage. At the heart of modern Chinese history have been the efforts of the Chinese people to transform their polity into a modern nation state, the Confucian orthodoxy into an ideology that can help direct that process, and an agrarian economy into an industrial one. These efforts are ongoing and of great importance.

This book is both an introduction to the major features of modern Chinese history and a resource for researchers interested in virtually any topic relating to the Chinese experience of the last 220 years. This valuable reference contains:

 a historical narrative providing a comprehensive overview of five core aspects of Chinese history: domestic politics, society, the economy, the world of culture and thought, and relations with the outside world;

 a compendium of 250 short, descriptive articles on key figures, events, and terms;

 a resource guide containing approximately 500 annotated entries for the most authoritative sources for further research in English, as well as descriptions of important films depicting modern China and a guide to electronic resources; and

 appendices, including a chronology, excerpts from key primary source documents, and a wealth of tables and graphs on demographic, social, and economic trends.

Schoppa's guide to Chinese history since 1770 is a short but surprisingly useful beginner's research tool... [his] book should be in the reference sections of high school as well as college libraries and may be useful as a text in Chinese politics courses. Choice

R. Keith Schoppa holds the Doehler Chair in Asian History at Loyola College. He is the author of Blood Road: The Mystery of Shen Dingyi in Revolutionary China, Xiang Lake: Nine Centuries of Chinese Life, and Chinese Elites and Political Change.