The End of the West and Other Cautionary Tales 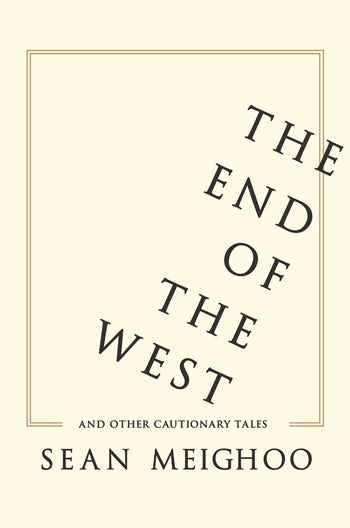 The End of the West and Other Cautionary Tales

Most historical accounts of "the West" take it for granted that the guiding principles of the Western tradition—reason, progress, and freedom—have been passed down directly from ancient Greece to modern Europe, evolving in isolation from all non-Western cultures. Today, many political analysts and cultural critics maintain that the Western tradition is fast approaching its end, for better or worse, as it becomes more and more integrated with non-Western cultures in an increasingly globalized world. But what if we are witnessing something else entirely—not the "end" of the West but rather another historical mutation of the idea of the West itself?

This groundbreaking work shows that whether the West is hailed as the source of all historical progress or scorned as the root of all cultural imperialism, it remains a deeply problematic concept that is intrinsically connected to an ethnocentric view of the world. In a critical reading of the continental philosophers Husserl, Heidegger, Levinas, and Derrida as well as the postcolonial thinkers Said, Mohanty, Bhabha, and Trinh, Sean Meighoo strikes at the intellectual foundations of Western exceptionalism until its ideological supports show through. Deconstructing the concept of the West in his provocative interpretations of Martin Bernal's controversial publication Black Athena and the Beatles' second film Help!, Meighoo poses a formidable question to philosophers, writers, political analysts, and cultural critics alike: Can we mount an effective critique of Western ethnocentrism without reinforcing the very idea of the West?

In The End of the West and Other Cautionary Tales, Sean Meighoo raises a provocative challenge not merely to the conceits of continental philosophy's recent deconstruction of the ethnocentrism of Western metaphysics, but also to the assumptions of the postcolonial theory that has eagerly appropriated that counterdiscourse. In doing so, he urges us to recognize the ways in which the critique of the idea of a singular West has often been misconceived. This is a timely intervention with deep-reaching implications for rethinking the project of contemporary criticism. David Scott, author of Omens of Adversity: Tragedy, Time, Memory, Justice

This groundbreaking book makes an important and crucial intervention into the literatures and debates on postcolonial theory, politics, and cultural studies. Meighoo skillfully and thoughtfully brings together Western and Eastern philosophies, pointing not only to their various differences and similarities but also, importantly, to their influences. The End of the West and Other Cautionary Tales moves across a wide philosophical terrain to provide readers with a profound sense of what might be at stake in terms of how Western philosophy and postcolonial theory speak to each other. Rinaldo Walcott, author of Black Like Who? Writing Black Canada

Acknowledgments
Introduction
Part I: The End of the West
1. The Black Athena Debate
Part II: From Teleology to Negative Teleology
2. The Phenomenological Turn
3. The Ethical Turn
Part III: From Continental Philosophy to Postcolonial Theory
4. The Critique of Representation
5. The Defense of Difference
Part IV: The Limits of Antiethnocentrism
6. The Beatles in India
Conclusion
Notes
Bibliography
Index

Sean Meighoo is an assistant professor in the Department of Comparative Literature at Emory University. His work has appeared in the journals Small Axe, Cultural Critique, Journal for Critical Animal Studies, and Humanimalia, as well as the volumes Nation Dance: Religion, Identity, and Cultural Difference in the Caribbean (2001) and Beastly Morality: Animals as Ethical Agents (Columbia, 2015).