The Game of Urban Regeneration 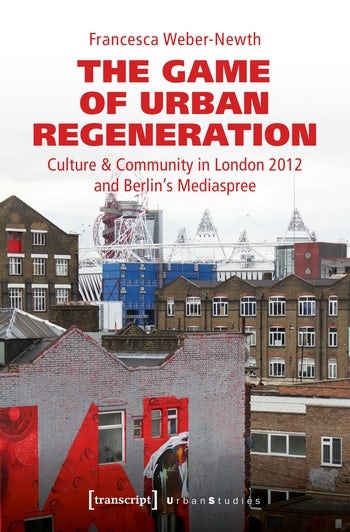 The Game of Urban Regeneration

Who wins and who loses in urban regeneration? What are the mechanisms at play? Francesca Weber-Newth looks at two neighborhoods that are adjacent to large-scale regeneration schemes: the 2012 Olympic park in London and the Mediaspree waterside development in Berlin. By analyzing how urban regeneration is experienced on the ground, her study counters the notion that Olympic-led regeneration is any different from other forms of neoliberal urban development. Adopting Pierre Bourdieu’s view of the social world as made up of competitive games, an analysis of the two neighborhoods reveals how the concepts of culture and community are strategically employed in the game of urban regeneration – to the benefit of some and the detriment of others.

Francesca Weber-Newth is a British-German sociologist and urban researcher based in Berlin. She works at the intersection of cities, community, and planning. Since completing her PhD on the topic of urban regeneration in Berlin and London she has been a postdoctoral researcher at the geography department at Humboldt University Berlin with a research focus on (social) housing and state planning instruments and a teaching focus on the right to the city and gender in urban space. She has collaborated with artists, architects, and filmmakers for various independent projects.