The Gold Standard at the Turn of the Twentieth Century

Rising Powers, Global Money, and the Age of Empire 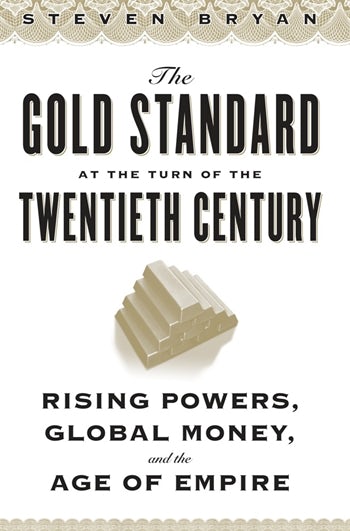 The Gold Standard at the Turn of the Twentieth Century

Rising Powers, Global Money, and the Age of Empire

By the end of the nineteenth century, the world was ready to adopt the gold standard out of concerns of national power, prestige, and anti-English competition. Yet although the gold standard allowed countries to enact a virtual single world currency, the years before World War I were not a time of unfettered liberal economics and one-world, one-market harmony. Outside of Europe, the gold standard became a tool for nationalists and protectionists primarily interested in growing domestic industry and imperial expansion.

This overlooked trend, provocatively reassessed in Steven Bryan's well-documented history, contradicts our conception of the gold standard as a British-based system infused with English ideas, interests, and institutions. In countries like Japan and Argentina, where nationalist concerns focused on infant-industry protection and the growth of military power, the gold standard enabled the expansion of trade and the goals of the age: industry and empire.

Bryan argues that these countries looked less to Britain and more to North America and the rest of Europe for ideological models. Not only does this history challenge our idealistic notions of the prewar period, but it also reorients our understanding of the history that followed. Policymakers of the 1920s latched onto the idea that global prosperity before World War I was the result of a system dominated by English liberalism. Their attempt to reproduce this triumph helped bring about the global downturn, the Great Depression, and the collapse of the interwar world.

A welcome addiction to the work focusing on experience outside the European core to the gold standard world. Kenneth Mouré, Journal of World History

Steven Bryan is an attorney in Tokyo. He received his Ph.D. in history from Columbia University and his J.D. from Harvard Law School. His next project is a comparative history of Japan in the 1920s and 1990s.