Pragmatism and Posthumanism in American Thought 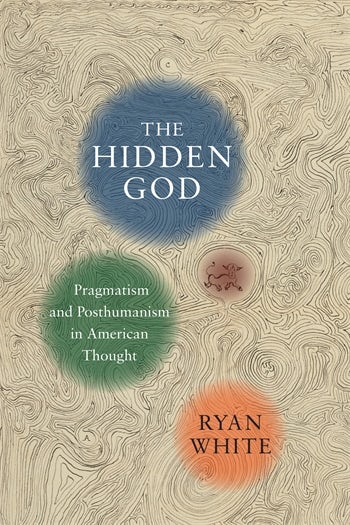 Pragmatism and Posthumanism in American Thought

The Hidden God revisits the origins of American pragmatism and finds a nascent "posthumanist" critique shaping early modern thought. By reaching as far back as the Calvinist arguments of the American Puritans and their struggle to know a "hidden God," this book brings American pragmatism closer to contemporary critical theory.

The Hidden God is an uncommonly original, clearly written, and brilliant study, providing readers with a critically astute and persuasive revision of pragmatism and its historical legacy. The book compels readers and scholars to reconsider a foundational moment in American cultural history and its relevance for current critical theory. Cristina Iuli, Università del Piemonte Orientale

Using Niklas Luhmann as his Virgil, Ryan White charts an alternate pragmatist trajectory from Jonathan Edwards through Ralph Waldo Emerson and Charles Sanders Peirce to successive waves of twentieth-century cybernetics. It turns out, or so White's work suggests, that Luhmann serves not only as a guide but also emerges as the true heir of this distinctly American tradition. William Rasch, Indiana University

The Hidden God is an ambitious and astute synthesis of American pragmatism with second-order systems theory. As the concerns of theology emerge under the sign of observation and its contingencies, the book shows how a well-wrought cybernetic imaginary can illuminate discourses ranging from Nicholas of Cusa to Charles Sanders Peirce, from Ralph Waldo Emerson to Niklas Luhmann. White's study offers an apt occasion to rethink the relations between philosophical and literary modernity and our posthumanist moment. Bruce Clarke, Texas Tech University

The Hidden God completely transforms our understanding of pragmatism, its place in the genealogy of posthumanist thought, and its relationship to precursors such as Ralph Waldo Emerson, Jonathan Edwards, and the Puritans. We will never think about pragmatism—what it means, where it came from, and where it leads—in the same way again. The fact that we also find here a remarkable rereading of the work of Charles Sanders Peirce—and Peirce's relationship to William James—makes an already illuminating work of scholarship even more invaluable. Cary Wolfe, Rice University

Those willing to enter these waters will find the journey stimulating. Choice

Acknowledgments
Introduction: Observing Modernity in America
1. The Double Consciousness: American Thought and the Theory of Theory
2. Inside-Out: Pragmatism and the Meaning of America
3. On True Virtue: Jonathan Edwards and the Ethics of Self-Reference
4. Neither Here nor There: Grief and Absence in Emerson's "Experience"
5. Every Language Is Foreign: Self and Cybernetics in the Event-Machine
6. The Cybernetic Imaginary: Musement and the Unsaying of Theory
Notes
Index

Ryan White is a Mellon postdoctoral fellow at Rice University. He specializes in American philosophy and pragmatism, nineteenth- and twentieth-century American literature, contemporary continental philosophy and critical theory, and systems theory. He has taught at the University of Kentucky and Austin Community College. His work has been published in several journals, including the Journal of Speculative Philosophy and Arizona Quarterly.