Food for a Sustainable Planet 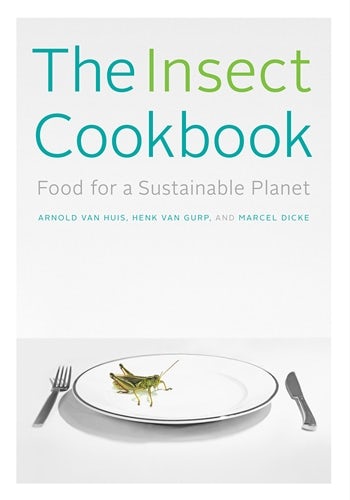 Food for a Sustainable Planet

The Definitive Guide to Insects as a Sustainable Food Source

In The Insect Cookbook, two entomologists and a chef make the case for insects as a sustainable source of protein for humans and a necessary part of our future diet. They provide consumers and chefs with the essential facts about insects for culinary use, with recipes simple enough to make at home yet boasting the international flair of the world's most chic dishes.

"Invite politicians to dinner and let them tell the world how delicious it is.... They will proudly go around and say, 'I ate crickets, I ate locusts, and they were delicious.'"—Kofi Annan

The Insect Cookbook features delicious recipes and interviews with top chefs, insect farmers, political figures, and nutrition experts, including chef René Redzepi, whose establishment was elected three times as "best restaurant of the world"; Kofi Annan, former secretary-general of the United Nations; and Daniella Martin of Girl Meets Bug. The book contains all you need to know about cooking with insects, where to buy them, which ones are edible, and how to store and prepare them at home and in commercial spaces.

An attractive mixture of background information on insects, their anatomy and history of use in food and other products, food culture, recipes, and interviews. It is very carefully prepared and a pleasure to read. Job Ubbink, Food Concept and Physical Design of "The Mill," Switzerland

Beautifully presented and well written, The Insect Cookbook has a variety of authorities to support its case that we need to consider incorporating insects into our diets for ecological reasons. Theresia de Vroom, Marymount Institute for Faith

Tarte tatin with chocolate-coated grasshoppers? With 2 billion of us already popping mealworms and more, this is a case of joining the crowd. Barbara Kiser, Nature

This thoroughly enjoyable entomophagy primer is much more than a cookbook and, due to its interesting vignette style, keeps the reader's attention firmly fixed throughout. It pushes the boundaries of what is acceptable - an important thing to do at a time of such radical environmental destruction... this could constitute the next great culinary revolution. Permaculture

Excellent and fascinating... Insects have the potential to come to the rescue and the sooner we get used to the idea, the better! Food Security

The Insect Cookbook is a fascinating read and an excellent introduction to the topic of entomophagy. It offers not only an unusual lens through which to view broader debates and food security and the resource efficiency of our current food system, but also a recipe for fried tarantulas. Gastronomica

Our food future is here and needs to be embraced. This book will... start you down the road of culinary adventures. Explorer's Journal

Learn how to make Hopper Kebabs and Buglava:

Read an excerpt from The Insect Cookbook:

Arnold van Huis is emeritus professor of tropical entomology at Wageningen University and is a consultant on insects as food and feed to the Food and Agriculture Organization of the United Nations.

Henk van Gurp is a cooking instructor at the Rijn IJssel Hotel and Tourism School in Wageningen and has been involved with entomophagy (the eating of insects) for almost twenty years.

Marcel Dicke is professor of entomology at Wageningen University and Rhodes Professor at Cornell University. In 2006, he and his team organized the Wageningen–City of Insects festival.