A Philosophical Analysis and Translation 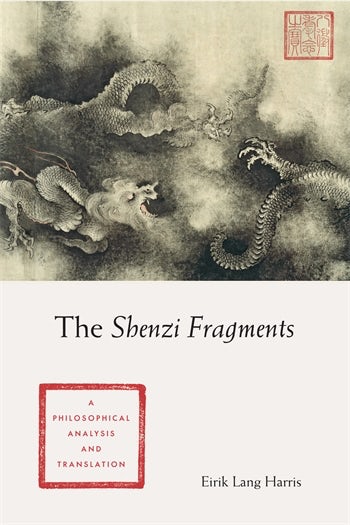 A Philosophical Analysis and Translation

The Shenzi Fragments is the first complete translation in any Western language of the extant work of Shen Dao (350–275 B.C.E.). Though his writings have been recounted and interpreted in many texts, particularly in the work of Xunzi and Han Fei, very few Western scholars have encountered the political philosopher's original, influential formulations. This volume contains both a translation and an analysis of the Shenzi Fragments. It explains their distillation of the potent political theories circulating in China during the Warring States period, along with their seminal relationship to the Taoist and Legalist traditions and the philosophies of the Lüshi Chunqiu and the Huainanzi. These fragments outline a rudimentary theory of political order modeled on the natural world that recognizes the role of human self-interest in maintaining stable rule. Casting the natural world as an independent, amoral system, Shen Dao situates the source of moral judgment firmly within the human sphere, prompting political philosophy to develop in realistic directions. Harris's sophisticated translation is paired with commentary that clarifies difficult passages and obscure references. For sections open to multiple interpretations, he offers resources for further research and encourages readers to follow their own path to meaning, much as Shen Dao intended. The Shenzi Fragments offers English-language readers a chance to grasp the full significance of Shen Dao's work among the pantheon of Chinese intellectuals.

With imagination and philosophical acumen, Eirik Lang Harris has shown Shen Dao to be an ancient political philosopher worth contending with. He shows Shen Dao to have a balanced and realistic philosophy, occupying a position between Confucianism and Mohism. His translation, accompanied by the Chinese text, will serve philosophers for decades to come. Al Martinich, Roy Allison Vaughan Centennial Professor in Philosophy, University of Texas at Austin

Harris's new translation and commentary on the surviving fragments of Shen Dao's writings is a significant contribution to Sinology. He skillfully explains Shen Dao's political philosophy in terms that are readily comprehensible to contemporary thinkers. This is an excellent overview of ancient Chinese philosophy for both specialists and nonspecialists. Bryan Van Norden, author of Introduction to Classical Chinese Philosophy

Harris provides an excellent translation and study of the Shenzi Fragments and does a beautiful job of demonstrating the significance of the fragments for our understanding of early Chinese political philosophy. This work will play a crucial role in bringing scholarly attention back to these important yet often neglected materials. Michael Puett, coauthor of The Path: What Chinese Philosophers Can Teach Us About the Good Life

Harris should be congratulated for this major contribution to studies of China's intellectual history. Yuri Pines, Nankai University and Hebrew University of Jerusalem, Journal of Chinese Religions

An excellent contribution to bringing back our attention to these often neglected materials. Monumenta Serica

The author promises “a picture of a political philosophy that is remarkably consistent, full of insight, and aids in our understanding of a wide range of other early Chinese philosophers who followed” Shen. Russell Kirkland University of Georgia, Religious Studies Review

Harris's philosophical analysis is sound, and it will be eye-opening for English-speaking students to see a first-rate example of classical Chinese political thought beyond Han Feizi. Let us be honest: a book that you can safely assign to undergraduates is all to rare, and this one meets that standard. Paul R. Goldin, Journal of Chinese Studies

Anyone interested in Chinese history and the genesis and development of Chinese political thinking is certain to learn from and enjoy this volume. Peter R. Moody, The Review of Politics

Eirik Lang Harris is assistant professor of philosophy in the Department of Public Policy at the City University of Hong Kong, where he is also a member of the Center for East Asian and Comparative Philosophy. His research focuses on early Chinese political and moral philosophy, with an emphasis on its potential contributions to contemporary political philosophy and ethics.