Brad Glosserman and Scott A. Snyder 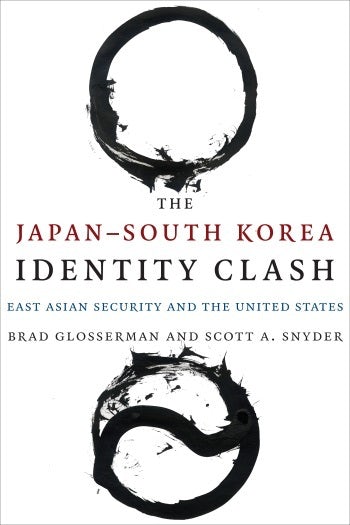 Brad Glosserman and Scott A. Snyder

Japan and South Korea are Western-style democracies with open-market economies committed to the rule of law. They are also U.S. allies. Yet despite their shared interests, shared values, and geographic proximity, divergent national identities have driven a wedge between them. Drawing on decades of expertise, Brad Glosserman and Scott A. Snyder investigate the roots of this split and its ongoing threat to the region and the world.

Glosserman and Snyder isolate competing notions of national identity as the main obstacle to a productive partnership between Japan and South Korea. Through public opinion data, interviews, and years of observation, they show how fundamentally incompatible, rapidly changing conceptions of national identity in Japan and South Korea—and not struggles over power or structural issues—have complicated territorial claims and international policy. Despite changes in the governments of both countries and concerted efforts by leading political figures to encourage U.S.–ROK–Japan security cooperation, the Japan–South Korea relationship continues to be hobbled by history and its deep imprint on ideas of national identity. This book recommends bold, policy-oriented prescriptions for overcoming problems in Japan–South Korea relations and facilitating trilateral cooperation among these three Northeast Asian allies, recognizing the power of the public on issues of foreign policy, international relations, and the prospects for peace in Asia.

Easy to read, this book covers a very timely topic, as many pundits, officials, and experts are struggling with the issues that are raised. I can think of no book on Japan and South Korea together and on their relationship that is a serious rival. Gilbert Rozman, Princeton University

In The Japan–South Korea Identity Clash, Brad Glosserman and Scott Snyder unbundle one of the most consequential and seemingly illogical puzzles in contemporary East Asia. Whether or not scholars and policymakers agree with their call for a bold American move to reset relations between these two critical allies and democracies, it is impossible to ignore the authors' pathbreaking analysis—or the strategic consequences they point to in the current impasse. Michael J. Green, former special assistant to the president and senior director for Asia at the National Security Council

Brad Glosserman and Scott Snyder lay bare in this book the dueling narratives of Japan and South Korea. Both modern, democratic, and market-driven economies animated by twenty-first-century possibilities, Japan and South Korea nevertheless are mired in historical resentments and misunderstanding that continually cloud the future. This political alienation between Seoul and Tokyo provides a vexing challenge for American foreign policy, and the authors here offer valuable insights into how to mitigate and manage the bruised feelings, apprehensions, and latent rivalries that shape one of Asia's most dynamic and least understood relationships. The Japan–South Korea Identity Clash is required reading for anyone seeking to better understand both the possibilities and the inherent limitations of this complex relationship. Kurt M. Campbell, former assistant secretary of State for Asia and Pacific affairs, 2009–2013

This book offers crucial insights into the identity variables that have changed amid the shifts in domestic and external circumstances such as Korea's democratization and newfound national pride, and the end of the Cold War that brought the core allies of the U.S. together under America's strategic leadership. The Korea Herald

A useful overview of an important trilateral relationship. Foreign Affairs

A quick and satisfying read that will appeal to scholars, students, and policy makers.... Recommended. Choice

A comprehensive study that masterfully weaves in a wide range of related topics. Seoul Journal of Korean Studies

Read an excerpt from the first chapter, "The Japan-South Korea Divide":

Brad Glosserman is the executive director of the Pacific Forum, an independent program of the Center for Strategic and International Studies.

Scott A. Snyder is senior fellow for Korea studies and director of the program on U.S.–Korea policy at the Council on Foreign Relations.