A Case for Amorality 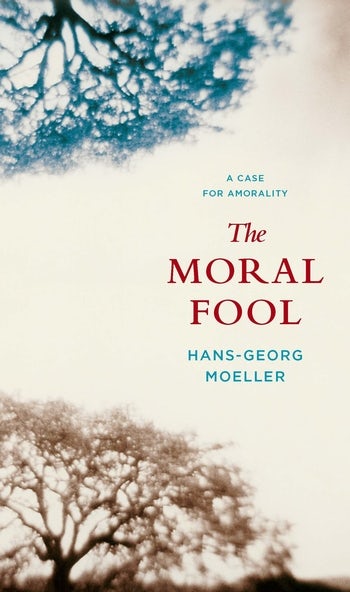 A Case for Amorality

Justice, equality, and righteousnessthese are some of our greatest moral convictions. Yet in times of social conflict, morals can become rigid, making religious war, ethnic cleansing, and political purges possible. Morality, therefore, can be viewed as pathology-a rhetorical, psychological, and social tool that is used and abused as a weapon.

An expert on Eastern philosophies and social systems theory, Hans-Georg Moeller questions the perceived goodness of morality and those who claim morality is inherently positive. Critiquing the ethical "fanaticism" of Western moralists, such as Immanuel Kant, Lawrence Kohlberg, John Rawls, and the utilitarians, Moeller points to the absurd fundamentalisms and impracticable prescriptions arising from definitions of good. Instead he advances a theory of "moral foolishness," or moral asceticism, extracted from the "amoral" philosophers of East Asia and such thinkers as Ludwig Wittgenstein and Niklas Luhmann. The moral fool doesn't understand why ethics are necessarily good, and he isn't convinced that the moral perspective is always positive. In this way he is like most people, and Moeller defends this foolishness against ethical pathologies that support the death penalty, just wars, and even Jerry Springer's crude moral theater. Comparing and contrasting the religious philosophies of Christianity, Daoism, and Zen Buddhism, Moeller presents a persuasive argument in favor of amorality.

This is a landmark study that anyone who champions ethics and morality must confront. Very highly recommended Library Journal (starred review)

Succint and savory, The Moral Fool poses a number of interesting and complex questions... By proceeding from a highly original blend of insightful Asian and Western perspetives, it is an engaging piece of work that should serve to initiate and stimulate fruitful discussion on what morality is supposed to do for us in our modern world. Philosophy East and West

Acknowledgments
Introduction: Is It Good to Be Good?
Part 1. On Amorality
1. The Moral Fool
2. Negative Ethics
Part 2. A Pathology of Ethics
3. The Redundancy of Ethics
4. The "Morality of Anger"
5. Ethics and Aesthetics
6. The Presumptions of Philosophical Ethics
7. The Myth of Moral Progress
Part 3. Ethics in Contemporary Society
8. For the Separation of Morality and Law
9. Morality and Civil Rights
10. How to Get a Death Verdict
11. Masters of War
12. Ethics and the Mass Media
Conclusion: Applied Amorality
Notes
Index

Hans-Georg Moeller is senior lecturer in the Philosophy Department at University College Cork, Ireland. His publications on Daoism and social systems theory include Choice Outstanding Academic Title The Philosophy of the Daodejing as well as a translation of the Daodejing, Daoism Explained: From the Dream of the Butterfly to the Fishnet Allegory, and Luhmann Explained: From Souls to Systems.