Writers on the Words That Define Their Work 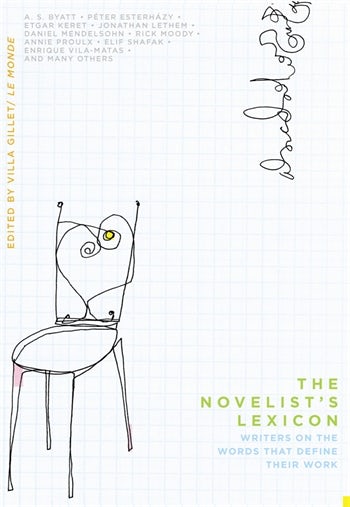 Writers on the Words That Define Their Work

At the renowned, international literary conference hosted by Villa Gillet and Le Monde, organizers asked more than seventy prominent authors to choose a word that opens a door to their work. Their musings, collected here for the first time, offer an extraordinary portrait of writing and reading from the novelist's perspective. Organized alphabetically by keyword, the anthology is filled with intriguing, amusing, and often surprising insight, essential to an intimate understanding of literature.

Through these personal "passwords," authors articulate the function of language, character, plot, and structure. Throughout the process, they reveal their relationship to the elements of story. Jonathan Lethem discusses the necessity of "furniture" in the novel. A. S. Byatt describes the power of the narrative web. Colum McCann details the benefits of anonymity. Daniel Mendelsohn expounds on the unknowable, or what the author should or should not impart to the reader. Etgar Keret explains the importance of balagan, a Hebrew word meaning "total chaos," and Annie Proulx clarifies terroir, which embodies the complexities of time, place, geography, weather, and climate. Other participants include Rick Moody on adumbrated, Upamanyu Chatterjee on the bildungsroman, Enrique Vila-Matas on discipline, Adam Thirwell on hedonism, Nuruddin Farah on identities, Andre Brink on the heretic, and Péter Esterhazy on the power and potential of words, words, words.

Created in 1987 by the Region Rhone Alpes, the Villa Gillet operates as a center for the study and promotion of contemporary art and thought. In collaboration with Le Monde , they organize the acclaimed festival and conference, International Forum on the Novel.