Tolerance, Democracy, and Sufis in Senegal 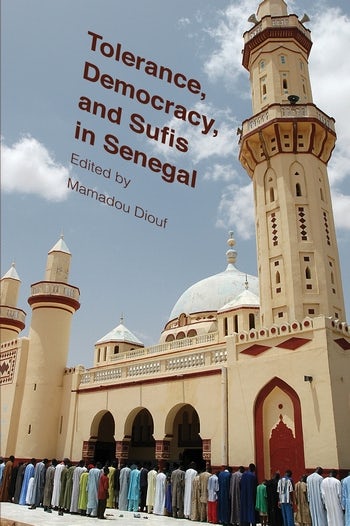 Tolerance, Democracy, and Sufis in Senegal

This collection critically examines "tolerance," "secularism," and respect for religious "diversity" within a social and political system dominated by Sufi brotherhoods. Through a detailed analysis of Senegal's political economy, essays trace the genealogy and dynamic exchange among these concepts while investigating public spaces and political processes and their reciprocal engagement with the state, Sunni reformist and radical groups, and non-religious organizations. The anthology provides a rich and nuanced historical ethnography of the formation of Senegalese democracy, illuminating the complex trajectory of the Senegalese state and reflecting on similar postcolonial societies. Offering rare perspectives on the country's "successes" since liberation, the volume identifies the role of religion, gender, culture, ethnicity, globalization, politics, and migration in the reconfiguration of the state and society, and it makes an important contribution to democratization theory, Islamic studies, and African studies.

A very original project that sheds light on the relations between Sufism and democracy in Senegal, West Africa, and globally by combining successful, high-quality articles from history, anthropology, sociology, political science, and religious studies. Mohamed Mbodj, coauthor of Senegal: A Country and Its People

Talk about timeliness! In a world riven by intolerance, here are ten engaging studies of democratic pluralism at work, ably introduced by Mamadou Diouf. Senegal is no utopia, and far from it; yet the republic is exceptional for its social contract between state and religious authorities across differences of faith, class, ethnicity, and region. Senegalese Sufism—mystical Islam—is deeply reflective but highly hierarchical, matching intellect with structure. Sufism's struggle (jihad) is with the imperfections of one's own soul, and as each pious person follows a path to perfection, there is respectful room for all. In this, 'Sufism is an antidote for political Islam' and perhaps 'the only way that Islam will be able to coexist with the West.' Anyone listening? Allen F. Roberts, coauthor of A Saint in the City: Sufi Arts of Urban Senegal

...the book should be of interest not only to Africanists and Islamicists, but to all scholars interested in documenting the reformulations of the secular and in theorizing Muslim modernities. Abdoulaye Sounaye, Journal of African History

A rich set of writings covering an array of topics and disciplines, this volume offers new insights into Senegalese 'exceptionalism' and an important contribution to the literature on Islam and democratisation. Linda Beck, Journal of Modern African Studies

AcknowledgmentsAbbreviations1. Introduction: The Public Role of the "Good Islam": Sufi Islam and the Administration of Pluralism. A Senegalese Story (Mamadou Diouf)2. A Secular Age and the World of Islam (Souleymane Bachir Diagne)3. Islam's New Visibility and the Secular Public (Beth A. Buggenhagen)

Mamadou Diouf is the Leitner Family Professor of African Studies and History at Columbia University. His many publications include New Perspectives on Islam in Senegal: Conversion, Migration, Wealth, Power, and Femininity, coedited with Mara A. Liechtman and Rhythms of the Afro-Atlantic World: Rituals and Remembrances, coedited with Ifeoma C. K. Nwankwo.