America, China, and the Rise and Fall of a Cultural Network 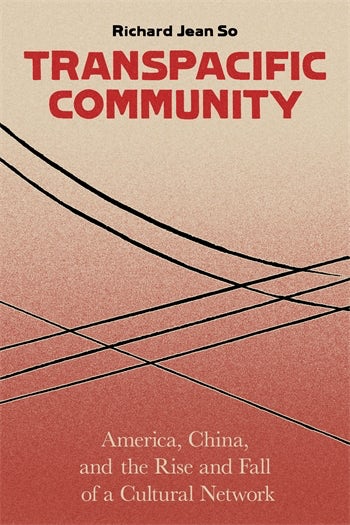 America, China, and the Rise and Fall of a Cultural Network

In the turbulent years after World War I, a transpacific community of American and Chinese writers and artists emerged to forge new ideas regarding aesthetics, democracy, internationalism, and the political possibilities of art. Breaking with preconceived notions of an "exotic" East, the Americans found in China and in the works of Chinese intellectuals inspiration for leftist and civil rights movements. Chinese writers and intellectuals looked to the American tradition of political democracy to inform an emerging Chinese liberalism. This interaction reflected an unprecedented integration of American and Chinese cultures and a remarkable synthesis of shared ideals and political goals.

The transpacific community that came together during this time took advantage of new advances in technology and media, such as the telegraph and radio, to accelerate the exchange of ideas. It created a fast-paced, cross-cultural dialogue that transformed the terms by which the United States and China—or, more broadly, "West" and "East"—knew each other. Transpacific Community follows the left-wing journalist Agnes Smedley's campaign to free the author Ding Ling from prison; Pearl Buck's attempt to fuse Jeffersonian democracy with late Qing visions of equality in The Good Earth; Paul Robeson's collaboration with the musician Liu Liangmo, which drew on Chinese and African American traditions; and the writer Lin Yutang's attempt to create a typewriter for Chinese characters. Together, these individuals produced political projects that synthesized American and Chinese visions of equality and democracy and imagined a new course for East-West relations.

With deft archival research, vivid storytelling, and lucid prose, Richard Jean So retraces the utopian visions, literary affiliations, and material connections linking a fascinating assemblage of twentieth-century writers, musicians, and activists on both sides of the Pacific. Their transpacific traffic, he proposes, not only calls into question the inevitability of Orientalism as an optic for understanding East-West relations but also reveals how the telegraph, the phonograph, and the typewriter underwrote new forms of political solidarity, artistic creativity, and crosscultural intimacy. Andrew Jones, author of Developmental Fairy Tales: Evolutionary Thinking and Modern Chinese Culture

Richard Jean So's fascinating study of the impact of global communications technology on the circulation of ideas in a transpacific context offers new insight into how pioneering figures such as Lao She, Agnes Smedley, Lin Yutang, Pearl Buck, Lu Xun, and Paul Robeson sought to reshape cultural relations between China and the United States and reimagine what 'democracy' might signify on both sides of the Pacific. Fresh and intriguing! Shelley Fisher Fishkin, author of Writing America: Literary Landmarks from Walden Pond to Wounded Knee

Transpacific Community is an insightful study of Sino-American cultural politics in the mid-twentieth century and a powerful intervention with the extant paradigm of democracy, be it called socialist or communitarian, capitalist or liberal. As the first of its kind, the book rediscovers a group of cultural and intellectual figures we have long overlooked due to their seemingly eclectic, anachronistic political stance. It calls attention to the highly interactive ties between China and the United States in transcultural diplomacy as well as in literary and artistic engagements. Richard Jean So is a strong critic and compelling storyteller. He has written a great book! David Der-wei Wang, author of The Lyrical in Epic Time: Modern Chinese Intellectuals and Artists Through the 1949 Crisis

A valuable contribution to the historiographies of internationalism, Sino-American relations, and literature. By focusing on instances of cooperation, instead of exploitation, Transpacific Community offers a glimpse into an alternate history of Sino-Western collaboration where mutuality and shared interest are defining characteristics. Matthew D. Linton, Journal of American-East Asian Relations

The great contribution of Transpacific Community is its combination of a sophisticated understanding of the largely forgotten intellectual interchange between Chinese and US writers and artists of the time, and its trenchant foregrounding of the role of communication technologies to this dialogue. Greg Barnhisel, The ALH Online Review

Transpacific Community: America, China, and the Rise and Fall of a Cultural Network is a unique book. Yurou Zhong, University of Toronto, Frontiers of Literary Studies in China

In addition to its resplendent archival research and compelling literary analysis, this trailblazing book unleashes a multitude of possibilities in ensuing scholarship on the culture of the Pacific, Asian American modernism, popular front cultural productions and Cold War aesthetics. For these reasons alone, Transpacific Community is a tour de force. Audrey Wu Clark, Comparative Literature

In his exploration of the challenges, successes, and occasional failures of these partnerships, So brings new light to our understanding of important actors and works. Kelly Long, Journal of American History

Richard Jean So’s work, Transpacific Community: America, China, and the Rise and Fall of a Cultural Network, develops the notion of a transpacific community as part of the American intellectual history and in light of a cultural network of US–China exchanges. It not only retrieves a forgotten chapter of American modernism informed and reshaped by transpacific movements and exchanges during the interwar period from the 1920s to the 1940s, but it also articulates its aesthetic, cultural, political, and technological implications against various historical backgrounds and across the fields of American studies, East Asian studies, Asian American studies, and media studies. Yuan Shu, Journal of American Studies

Few academics have the range and skills to work across two nations, two languages, two scholarships, and two disciplines. But So deftly does all of the above. Moving across the Pacific, between English and Chinese, American and Chinese literature, history and literary criticism, So is able to capture these interstitial people, their two worlds, and the connections that bind them. This is transnational scholarship at its best. Beth Lew-Williams, Journal of Chinese Overseas

Transpacific Community is an ambitious effort to bridge the disciplinary chasm between Asian American literature and modern Chinese literary studies and as such performatively demonstrates the value of the kind of network building that is the book’s subject. Nicolai Volland, Chinese Literature: Essays, Articles, Reviews

Read the introduction, "The Narrowing Circle: America and China Circa 1929":

Richard Jean So is assistant professor of English at the University of Chicago. He specializes in modern American, Chinese, and Asian American literatures, and his work has appeared in Representations, Critical Inquiry, PMLA, American Literature, and boundary 2, among other publications.