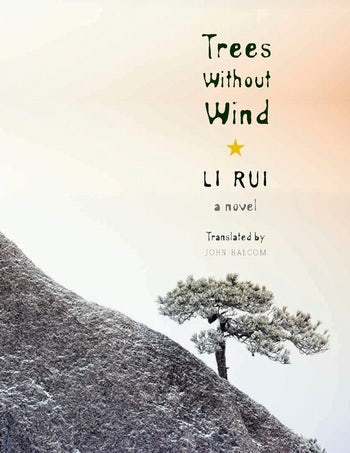 Unfolding in the tense years of the Cultural Revolution (1966–1976), Trees Without Wind takes place in a remote Shanxi village in which a rare affliction has left the residents physically stunted. Director Liu, an older revolutionary and local commune head, becomes embroiled in a power struggle with Zhang Weiguo, a young ideologue who believes he is the model of a true revolutionary. Complicating matters is a woman named Nuanyu, who, like Zhang Weiguo and Director Liu, is an outsider untouched by the village's disease. "Wedded" to all of the male villagers, Nuanyu lives a polyandrous lifestyle based on necessity and at odds with the puritanical idealism of the Cultural Revolution.

The deformed villagers, representing the manipulated masses of China, become pawns in the Party representatives' factional infighting. Director Liu and Zhang Weiguo's explosive tug-of-war is part of a larger battle among politics, self-interest, and passion gripping a world undone by ideological extremism. A collectively told narrative powered by distinctive subjectivities, Trees Without Wind is a milestone in the fictional treatment of a horrific event.

Elegant and spare, Trees Without Wind is a valuable, authentic work that lays bare the corruption of the Cultural Revolution. Alice Stephens, Washington Independent Review of Books

Li Rui (b. 1950) began publishing his fiction in the mid-1970s and achieved national prominence in the late 1980s. He has won numerous literary awards in China, Taiwan, and Europe and is widely recognized as an important voice in contemporary Chinese literature. Among his books are Deep Earth, a collection of short stories, and the novels Silver City and No Clouds for Ten Thousand Miles.

John Balcom is a professor at the Monterey Institute of International Studies and an award-winning translator of Chinese literature, philosophy, and children's books. His publications include Taiwan's Indigenous Writers: An Anthology of Stories, Essays, and Poems and There's Nothing I Can Do When I Think of You Late at Night by Cao Naiqian, both of which won a Northern California Book Award.