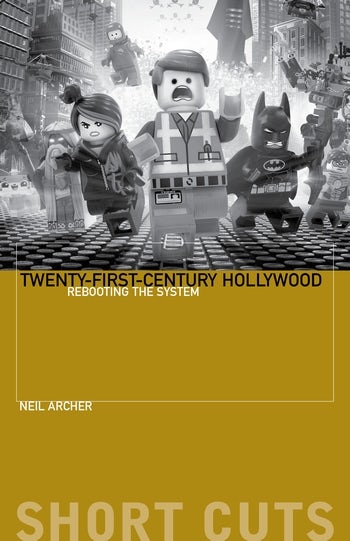 Twenty-First-Century Hollywood looks into the contexts of studio film production in the new century in order to understand what shapes the style and content of present-day cinema. In an era dominated in box-office terms by the franchise and the family film, this book combines close textual readings and industrial analysis, illustrating why these kinds of movies are favored in the contemporary climate by producers and audiences alike. Neil Archer critically explores the narrative and aesthetic strategies at work in Hollywood’s most high-profile films, from Harry Potter, to Marvel’s Cinematic Universe, to The Lego Movie. Along the way, the book answers some often unexpected questions: Why is Hollywood nervous about flying saucers? Why might the cinematic auteur be Hollywood’s savior? And why are the most grown-up movies those made for children? As this study shows, like the films themselves, the answers to these questions are often complex and surprising.

Surveying the industrial landscape and the dominant formal-aesthetic issues at stake, Twenty-First-Century Hollywood offers an insightful and engaging synthesis of many of the most important approaches to contemporary Hollywood. Archer's close readings and case studies persuasively demonstrate how forces such as marketing, synergy, and franchising have shaped many recent Hollywood films. Tom Schatz, University of Texas at Austin

Acknowledgements
Introduction: Rebooted?
1. Why Can’t Hollywood Rely on Flying Saucers? Industry, Audience and Franchise Logic
2. What Does Hollywood Really Like About Comic Books? Structure and Style in Marvel’s Cinematic Universe
3. Is Hollywood Saving the World, or Is the World Saving Hollywood? Industrial Authorship and Experimental Blockbusters
4. Why Are the Most Grown-Up Films Made for Children? Ways of Playing in the Family Film
Filmography
Bibliography
Index

Neil Archer is a lecturer in film at Keele University. He is the author of The Road Movie: In Search of Meaning (Wallflower, 2016), Hot Fuzz (Auteur, 2015), and The Bourne Ultimatum (Auteur, 2012).