Online Video Aesthetics or the Afterlife of Video 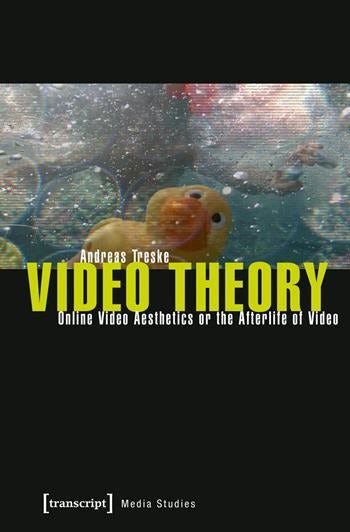 Online Video Aesthetics or the Afterlife of Video

Video is a part of everyday life, comparable to driving a car or taking a shower. It is nearly omnipresent, available on demand and attached to nearby anything, anywhere. Online Video became something vital and independent. With all the video created by the cameras around us, constantly uploading, sharing, linking, and relating, a blue ocean is covering our planet, an ocean of video. What might look as bluish noise and dust from the far outside, might embed beautiful and fascinating living scapes of moving images, objects constantly changing, re-arranging, assembling, evolving, collapsing, but never disappearing, a real cinema. Andreas Treske describes and theorizes these objects formerly named video, their forms, behaviours and properties.

Andreas Treske is an author, filmmaker, and media artist living in Turkey. He graduated from the University of Television and Film, Munich, where he also taught film and video post-production. He teaches in the Department of Communication and Design at Bilkent University, Ankara, visual communication and media production, incl. new media. He is a member of the video vortex network and corresponding member of CILECT, the world association of film schools.