Rethinking Globalization and Religious Pluralism through the Sathya Sai Movement 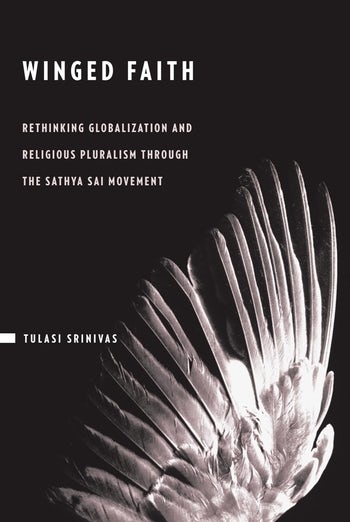 Rethinking Globalization and Religious Pluralism through the Sathya Sai Movement

This study considers a new kind of cosmopolitanism located in an alternate understanding of difference and contestation. It considers how acts of "sacred spectating" and illusion, "moral stakeholding" and the problems of community are debated and experienced. A thrilling study of a transcultural and transurban phenomenon that questions narratives of self and being, circuits of sacred mobility, and the politics of affect, Winged Faith suggests new methods for discussing religion in a globalizing world and introduces readers to an easily critiqued yet not fully understood community.

A welcome addition to our catalog of religious movements and a timely reminder that circulation does not flow in only one direction—and never will again. Jack David Eller, Anthropology Review Database

[An] informative and erudite book. Alexandra Kent, Journal of the Royal Anthropological Institute

Winged Faith is a readable and carefully documented account of an extraordinary modern religious figure, but its appeal is much wider. It is an important contribution to the literature on globalization and a valuable corrective to the pervasive view that globalization, especially cultural globalization, is simply westernization. Bryan S. Turner, Society

It is a book that should be widely read by scholars and people coming from a wide range of disciplines and perspectives. Amit Chaturvedi, Contemporary South Asia

Srinivas' impressive study argues for new visions of pluralism that hinge upon an engaged cosmopolitanism...One hopes Srinivas' impressive work will be read by scholars from numerous fields, as its reach is incredibly broad. Jeffrey M. Brackett, Journal of Hindu Studies

Acknowledgments
Note on Translation
List of Abbreviations
Introduction: Toward Cultural Understanding
1. Becoming God: The Story of Sathya Sai Baba
2. Deus Loci: Economies of Faith, Sacred Travel, and the Building of a Moral Architecture
3. Illusion, Play, and Work in a Moral Community: Divine Darshan and the Practices of Transnational Devotion
4. Renegotiating the Body: Muscular Morality, Truancy, and the Satisfaction of Desire
5. Secrecy, Ambiguity, Truth, and Power: The Global Sai Organization and the Anti-Sai Network
6. Out of God's Hands: Reframing Material Worlds
In Lieu of a Conclusion: Some Thoughts on Cultural Translation and Engaged Cosmopolitanism
Appendix
Notes
References
Index

Tulasi Srinivas is assistant professor of anthropology at Emerson College, specializing in South Asia, with a focus on issues of globalization, religion, and identity.