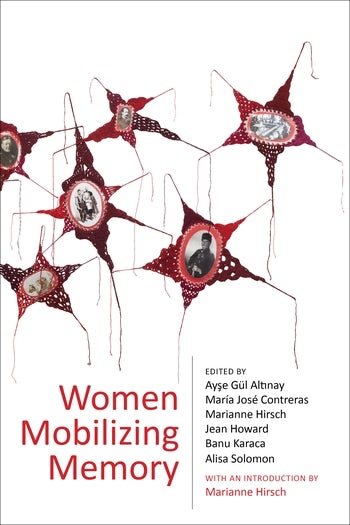 Women Mobilizing Memory, a transnational exploration of the intersection of feminism, history, and memory, shows how the recollection of violent histories can generate possibilities for progressive futures. Questioning the politics of memory-making in relation to experiences of vulnerability and violence, this wide-ranging collection asks: How can memories of violence and its afterlives be mobilized for change? What strategies can disrupt and counter public forgetting? What role do the arts play in addressing the erasure of past violence from current memory and in creating new visions for future generations?

Women Mobilizing Memory emerges from a multiyear feminist collaboration bringing together an interdisciplinary group of scholars, artists, and activists from Chile, Turkey, and the United States. The essays in this book assemble and discuss a deep archive of works that activate memory across a variety of protest cultures, ranging from seemingly minor acts of defiance to broader resistance movements. The memory practices it highlights constitute acts of repair that demand justice but do not aim at restitution. They invite the creation of alternative histories that can reconfigure painful pasts and presents. Giving voice to silenced memories and reclaiming collective memories that have been misrepresented in official narratives, Women Mobilizing Memory offers an alternative to more monumental commemorative practices. It models a new direction for memory studies and testifies to a continuing hope for an alternative future.

This volume confirms a shift of paradigm in the field of memory studies, linking it now to the mobilizing force of historical imagination. Without minimizing the devastating effects of violence and destruction, these authors demonstrate that the past is an archive of unlived possibilities and unpursued futures. Time shifts as one reads each of these pieces, grounded in an uncertain aftermath of dictatorship and war, or continuing colonization. They tell histories that release ways of imagining what could have been and even what should have been, experimenting with tense to open political pathways and affirmative politics from the sustained and discerning reflection on abysmal loss. Opposed to revisionism, these authors probe more deeply into the past than positivist histories have ever done, following the flash of possibility into the future. A brilliant, timely, and singular volume. Judith Butler, University of California, Berkeley

This is more than an extraordinary book—it is a fascinating journey around the world. It links the North and Global South through Europe, Chile, Turkey, and the United States in the name of innovative feminist practices able to rethink, reframe, and give new insight into memories of a traumatic past and difficult present. Showing the limitations of institutionalized forms of memorialization, this work truly opens up new paths for alternative forms of knowledge and political resistance. Patrizia Violi, University of Bologna

Reclaiming the word “mobilizing” from its militarized context, the authors of this book set an example of how transnational feminist scholarship can produce much-needed understanding of how memories of painful pasts can be interpreted beyond trauma in an empowering way, offering a livable vision of the future for all. Andrea Pető, Central European University, Budapest

Ayşe Gül Altınay is professor of cultural anthropology and director of the Gender and Women’s Studies Center of Excellence at Sabancı University.

María José Contreras is a performance artist and associate professor at the Faculty of the Arts of the Universidad Católica de Chile.

Jean Howard is professor in the Department of English and Comparative Literature at Columbia University.

Banu Karaca is assistant professor of anthropology and a Mercator-IPC Fellow at the Istanbul Policy Center.

Alisa Solomon is professor at Columbia University’s Graduate School of Journalism, where she directs the MA Arts and Culture concentration.