Studies on Culture and Politics 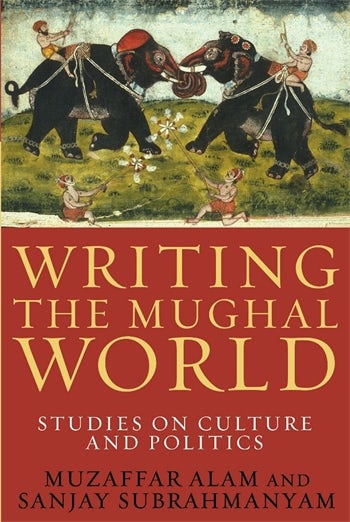 Studies on Culture and Politics

Between the mid-sixteenth and early nineteenth century, the Mughal Empire was an Indo-Islamic dynasty that ruled as far as Bengal in the east and Kabul in the west, as high as Kashmir in the north and the Kaveri basin in the south. The Mughals constructed a sophisticated, complex system of government that facilitated an era of profound artistic and architectural achievement. They promoted the place of Persian culture in Indian society and set the groundwork for South Asia's future development.

Muzaffar Alam and Sanjay Subrahmanyam center on confrontations between different source materials that they then reconcile, enabling readers to participate in both the debate and resolution of competing claims. Their introduction discusses the comparative and historiographical approach of their work and its place within the literature on Mughal rule. Interdisciplinary and cutting-edge, this volume richly expands research on the Mughal state, early modern South Asia, and the comparative history of the Mughal, Ottoman, Safavid, and other early modern empires.

Sanjay Subrahmanyam and Muzaffar Alam are two of the leading scholars in the world on Mughal history. Brought together in a single volume, their book offers a connected view of the political culture of Mughal India that is without doubt an immensely significant contribution to the field. The value of this book is vastly enhanced by the introduction, which picks up the major themes of Mughal history and comments on trends in scholarship, marking out the Alam-Subrahmanyam position in relation to other major researches on the subject. The range of languages and archives at their command is unparalleled. Partha Chatterjee, author of Empire and Nation: Selected Essays and Lineages of Political Society: Studies in Postcolonial Democracy

This book is a landmark in the field. It is also a great pleasure to read. Francis Robinson, Journal of the Royal Asiatic Society

Writing the Mughal World is a treasure of world history, a core addition to any collection looking to empower its selection on India and its neighbors. Midwest Book Review

Muzaffar Alam is George V. Bobrinskoy Professor in South Asian Languages and Civilizations at the University of Chicago. He is the author of The Crisis of Empire in Mughal North India and The Languages of Political Islam in India: c. 1200–1800.

Sanjay Subrahmanyam is professor and holder of the Navin and Pratima Doshi Chair of Indian History at the University of California, Los Angeles. He is the author of several books, including The Career and Legend of Vasco da Gama and the two-volume Explorations in Connected History.Alam and Subrahmanyam have jointly edited The Mughal State 1526–1750, which remains a standard reference in the decade since its release, and have coauthored Indo-Persian Travels in the Age of Discoveries, 1400–1800.