The Economics of Global Warming 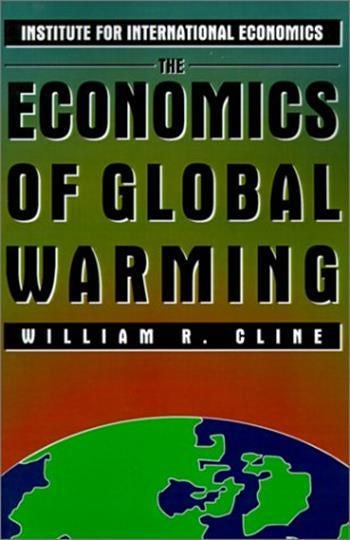 The Economics of Global Warming

This study examines the costs and benefits of an aggressive program of global action to limit greenhouse warming. An initial chapter summarizes the scientific issues from the standpoint of an economist. The analysis places heavy emphasis on efforts over a long run of 200 to 300 years, with much greater warming and damages than associated with the conventional benchmark (a doubling of carbon dioxide in the atmosphere). Estimates are presented for economic damages, ranging from agricultural losses and sea-level rise to loss of forests, water scarcity, electricity requirements for air conditioning, and several other major effects. A survey of existing model estimates provides the basis for calculation of costs of limiting emissions of greenhouse gases. After a review of the theory of term discounting in the context of very-long-term environmental issues, the study concludes with a cost-benefit estimate for international action and a discussion of policy measures to mobilize the global response.

Not only the best balanced and fairest economist's treatment... but also is a single source for many of the climatological, agricultural and ecological aspects of the issue... His ideas and approach deserve the widest possible readership. Stephen H. Schneider, National Center for Atmospheric Research

The analysis is most impressive and will make a very important contribution to the debate over global warming. Dale W. Jorgenson, Harvard University

William R. Cline has been a senior fellow at the Peterson Institute for International Economics since 1981. During 1996–2001 while on leave from the Institute, Dr. Cline was deputy managing director and chief economist of the Institute of International Finance (IIF) in Washington, DC. From 2002 through 2011 he held a joint appointment with the Peterson Institute and the Center for Global Development, where he is currently senior fellow emeritus. Before joining the Peterson Institute, he was senior fellow, the Brookings Institution (1973–81); deputy director of development and trade research, office of the assistant secretary for international affairs, US Treasury Department (1971–73); Ford Foundation visiting professor in Brazil (1970–71); and lecturer and assistant professor of economics at Princeton University (1967–70).