The Conservative Challenge to Globalization 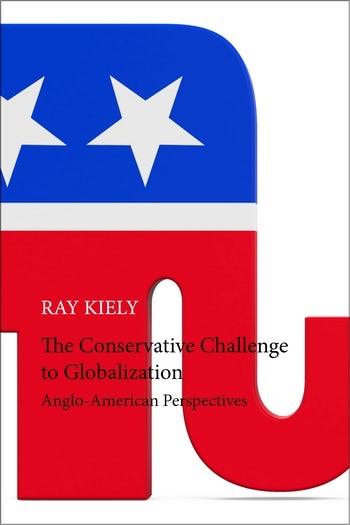 The Conservative Challenge to Globalization

Ray Kiely examines the conservative discourse of "winners" and "losers" of globalization that has emerged since the financial crisis and which has been used to reflect real and imagined threats to domestic economies and national identity. Both the election of Donald Trump and the UK's Brexit vote are potent examples of the success of this conservative (anti-)globalization rhetoric, which has informed popular mantras of deregulation and economic nationalism.

The book explores the nostalgia for a former supposed age of economic and societal harmony that has charaterized US and UK conservative responses to the increasing interconnections in the global economy. It provides both an account of the "crisis of globalization" and the wider resurgence of populism, as well as a detailed examination of new US and UK conservative movements (alongside earlier traditions) and the development of conservative ideas, in particular projects for renewal, and how these have shaped responses to globalization that challenge neoliberal and third way approaches.

Ray Kiely is Professor of International Politics at Queen Mary University of London.