Towards a New Social Settlement 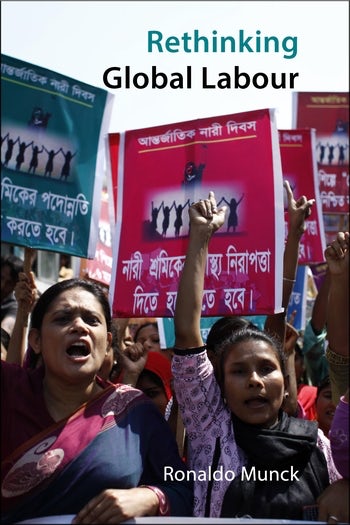 Towards a New Social Settlement

Work makes the world go around, not money.

Up to a decade ago, many labor movement analysts would probably have thought that we are witnessing the beginning of the end of organized labor as a major political force. But there is now a feeling across the political spectrum that capitalism, post-financial crisis, and the forces of globalization it nurtures are in decline and that the labor movement has regained some ground. The premise of this book is that we are at the beginning of a new era for workers and their organizations, in which they will begin to impact decisively on the new global order that they have helped to create through their labor.

Ronaldo Munck offers a sober appraisal of how globalization has created a new global working class through the massive acceleration of capital accumulation and, concomitantly, increased the insecurity and precarious nature of most employment. The so-called "precariat" may be seen as a novel and threatening idea for the northern hemisphere, but for workers of the South this is what might be deemed the default condition. Munck suggests that we are now moving beyond categories of North and South as workers of the world share the impacts of global capitalism and the lessons to be learned. And it is this new global class of workers that lies at the heart of the future globalization project and its possible alternatives, such as the "decent work" agenda of official institutions and the "social movement unionism" articulated by the alter-globalization movements. In some ways the book poses a "return to the future," drawing parallels with the birth of the labor and democratic movements before the consolidation of nation states.

Ronaldo Munck is head of civic engagement at Dublin City University and a visiting professor of international development at the University of Liverpool and St. Mary's University, Nova Scotia. He has authored or edited more than thirty books on various topics related to globalization, international development, and social movements, including Contemporary Latin America (third edition, 2012) and, most recently, Marx 2020: After the Crisis (2016).