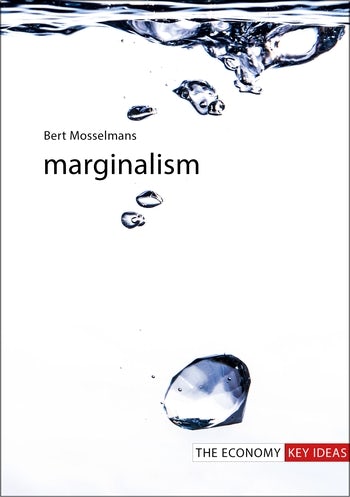 The notion of marginalism is central to modern economic theory. Its emergence in the 1870s underpinned the change from classical economics to modern (micro)economics, described by Schumpeter as a “revolution.” This book explores the origins of the concept, its development, and its role in modern economics and shows why the marginalist approach is much more than a set of mathematical rules.

The book examines how marginalism and its development of calculus came about in a variety of different arenas, including as a reaction to Ricardo’s dominant theory of rents, in von Thunen’s location model, in the writings of German and French authors, both within the mainstream and outside it, before going on to look in detail at the work of Jevons, Walras, and Menger, the economists most closely associated with the marginal revolution. By exploring the origins and development of the marginalist approach within the history of economic thought, rather than seeking to explain it in forbidding formal terms, the book is better able to show students the wider importance of the marginalist approach in economic theory and its far-reaching societal implications in terms of the distribution of wages and capital. For anyone who has struggled with the technicalities of microeconomic theory, this approach will be warmly welcomed.