The Price of Football 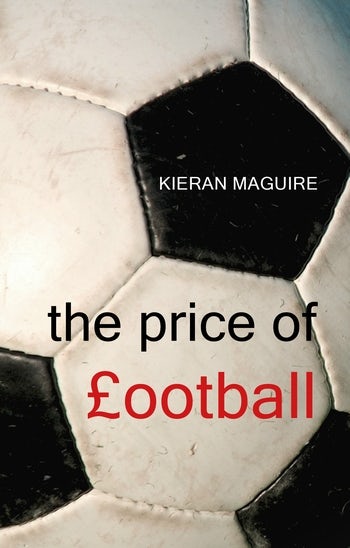 The Price of Football

Professional football is the most popular sport in the world in terms of both spectator attendance and television viewing figures. As its popularity has grown so has its monetary value. Kieran Maguire looks at the different ways in which professional football operates as a business – how clubs make their money, or more commonly, lose it. In particular he analyses how success is measured by the different and often competing stakeholders in football clubs – owners, managers, fans, players, commercial partners and the media. Throughout, he draws on a range of case studies using the finances of professional clubs in the UK and overseas to show how the traditional profit based approach of limited companies applies to football.

The book begins by interrogating the balance sheet, income statement and cash flow statement of the football club and explains how assets are financed and how clubs account for players in different ways. The supply and demand of players and managers is examined, including the reasons for the rise in wage levels at the elite end and how clubs account for player acquisitions, disposals, contract extensions and loans. How clubs are traded, why they are bought and sold, and how they are valued is contrasted with other businesses. The rich variety of ownership models is explored, from the overseas government wealth fund (Manchester City), the wealthy individual's vanity project (Chelsea, Newcastle) to the brand extension of private companies (Bayer Leverkuesen) and the cooperative ownership model championed by Barcelona. How ticket prices, the benefits and costs of television rights and the success or otherwise of brand monetization impact on the finances of clubs are all explained as well as the main causes of financial distress and why some clubs may be too big to fail.

At a time when many commentators are bemoaning the effects of “too much money” in the game, this clear-headed and rigorous analysis and presentation of the financial imperatives and challenges facing football will be welcomed not only by students of the industry, but by the wider consituency of fans and supporters.

Kieran Maguire is senior teacher in accounting and finance at the University of Liverpool Management School, where he teaches the Football Industries MBA. He regularly appears on television and radio commentating on matters relating to club finance.