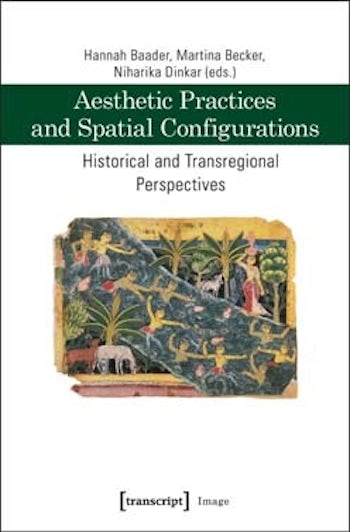 Aesthetic practices shape and are shaped by spatial formations. The essays in this volume survey configurations of spaces as macro, micro and meso, and study from a transregional perspective the ways they are created, described, negotiated, and appropriated across cultures. The interdisciplinary studies range from art history to anthropology and literary studies, and investigate the interdependence between material forms and environmental contexts. They explore the periodic reinvention of spaces through architectural, pictorial, and discursive practices. This includes the geographical migration of images, objects, and practices from one space to another, across a variety of constellations and spatial scales, and the accretion of cultural values around such migration. Case studies range from a religious temple under construction in today's Sao Paolo, the place of African art in the museum collections of the former GDR, 18th-century religious architecture in Beirut, the historicization of modernist architecture in Iraq, the pictorial evocations of sacred rivers in 16th-century India, literary descriptions of the Mughal capital Fatpur Sikri, to cosmological arrangements in Buddhist caves of the 6th century, among other topics.

Hannah Baader is the academic program director of the research program "Art Histories and Aesthetic Practices" and senior research scholar at the Kunsthistorisches Institut (Max-Planck-Institut) in Florence, Italy.

Martina Becker is an art historian working on modern Islamic art history from a transregional perspective.