Agrarian and Other Histories 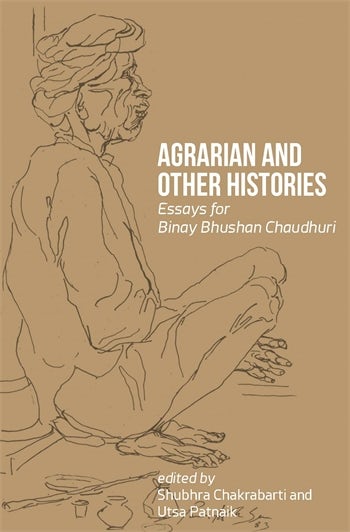 Agrarian and Other Histories

There is no area in the agrarian history of eastern India that Binay Bhushan Chaudhuri has not traversed. His journey began with his 1956 contribution in Bengal Past and Present, on "Some Problems of the Peasantry of Bengal after the Permanent Settlement." His extensive opus surveys the agrarian economy of eastern India and all its protagonists: peasant households, zamindars and the state, non-peasant rural agents such as moneylenders, affluent landholders, farmers, and agrarian intermediaries (jotedars), all of whom played their decisive role in the rural agrarian structure of eastern India. His later research explored the impact of colonial rule on tribes and forest dwellers, who were in the process of transition to quasi-peasant communities by the middle of the twentieth century. In his pioneering work, The Growth of Commercial Agriculture in Bengal: 1757–1957, which developed out of his doctoral thesis, Chaudhuri discussed the two important phenomena that shaped the contours of the agrarian economy of Bengal—first, the demographic factor, namely population growth, combined with a simultaneous growth of agricultural production; second, the role of external demand that determined peasant production for the market. He placed value, additionally, on factors such as climate change, natural disasters, and political instability arising out of war and invasions, which affected agricultural production in India.

It is difficult to do justice to B. B. Chaudhuri's academic work given its depth and range. An inadequate attempt is made here under four broad heads: (i) his concept of the peasantry; (ii) the growth of commercial agriculture in eastern India; (iii) the process of 'depeasantization' by which small and marginal peasants gradually lost their land and turned into sharecroppers or hired labor; and finally, (iv) the more or less forcible induction of a large number of tribes and forest dwellers into settled agriculture, resulting in spates of rebellion. The essays in this volume are on diverse themes. A number are on different aspects of the agrarian world, the major subject of Binay Bhushan Chaudhuri's academic research. Many other papers discuss aspects of social and cultural history, which have always interested and inspired Prof. Chaudhuri. There are three essays on Rabindranath Tagore, the towering figure he venerates like most intellectuals of his generation from Bengal, and with whom he also happens to share his own birthday.

Shubhra Chakrabarti teaches history at Dayal Singh College, University of Delhi. She completed her doctoral research under the guidance of B. B. Chaudhuri on "Indigenous Enterprise in Eastern India: 1757–1833." She has published essays on various aspects of the economic history of early colonial eastern India, and coauthored Historical Dictionary of the Bengalis (2013) with Kunal Chakrabarti.

Utsa Patnaik is professor emeritus at Jawaharlal Nehru University, New Delhi, where she taught economics from 1973 until retiring in 2010. She has published extensively on problems of peasant transition from traditional to modern economy, both in history and at present. Her latest book, coauthored with Prabhat Patnaik, is A Theory of Imperialism (2016).