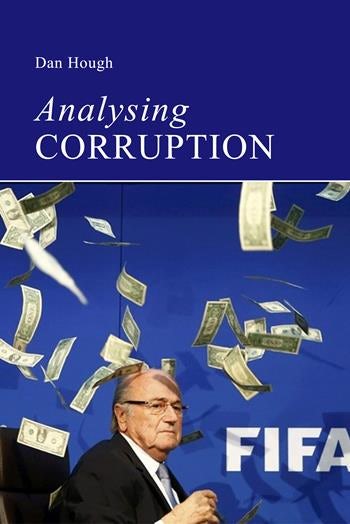 The corruption scandals that have engulfed many western states and the efforts of the international political community to find ways to counteract them have compelled economists, anthropologists, and political scientists to confront corruption as a subject for serious academic research. Corruption analysis has become a rigorous discipline with a broad consensus on what corruption is and a range of indicative case study analyses. This textbook introduces students to the field of corruption analysis and the challenges facing its researchers.

The book begins with the definitional challenge – what is corruption? – and explores various approaches, from those that take the law as their starting point to those based on notions of public interest, or the role of elites in shaping acceptable practices. The problems of measurement are examined, via perceptions, experience, and proxies, and the methodologies underpinning the standard indices as well as newer ones like the Bribe Payers Index are discussed. The second part of the book focuses on the key drivers of corrupt practice and explores how rational choice (self-interest) arguments, behavioral approaches, and context-driven analysis are used to understand the causes of corruption. The final part of the book looks at what works in the fight against corruption, including international conventions and the work of the IMF and World Bank, as well as policy initiatives at the national level. The role of third sector organisations, the so-called "anti-corruption industry," and the work of citizen activists and "armchair auditors" is also explored.

The book provides an authoritative and engaging introduction to a subject that remains the largest public policy challenge that the state faces in many parts of the world. It is suitable for courses on corruption and governance as part of public policy, public administration, and comparative politics degrees, as well as on broader courses in political science, development studies, development economics, and anthropology. It will also be of value to those working in NGOs and charities helping to shape anti-corruption thinking.

Dan Hough is professor of politics and director of the Sussex Centre for the Study of Corruption at the University of Sussex.