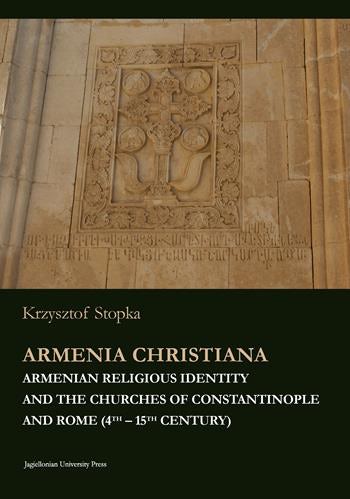 This book presents the dramatic and complex story of Armenia's ecclesiastical relations with Byzantine and subsequently Roman Christendom in the Middle Ages. It is built on a broad foundation of sources – Armenian, Greek, Latin, and Syrian chronicles and documents, especially the abundant correspondence between the Holy See and the Armenian Church. Krzysztof Stopka examines problems straddling the disciplines of history and theology and pertinent to a critical, though not widely known, episode in the story of the struggle for Christian unity.

Stopka has managed... to access nearly all the ancient and medieval Armenian resources available and hitherto not fully accessible correspondence between the Holy See and the Armenian Church for this period. Importantly, he has managed to interpret this information objectively, steering clear of ideological preconception. Stanislaw Longosz, John Paul II Catholic University of Lublin, Vox Patrum

Krzysztof Stopka is a Cracovian specialist in medieval history. He is head of the department of the history of culture and the teaching of history at the Jagiellonian University, and also director of the Jagiellonian University Museum. His work on Armenian issues includes Polish-language books on the Armenian Church in the East European diaspora in the Middle Ages and the history of the Armenians in Poland, showing their contribution to Polish culture. He is co-author of Ormianska Warszawa (2013), a book on the Armenians of Warsaw, which was awarded a top prize in the Clio Contest, the main Polish competition for books on history.