Being Modern in Iran 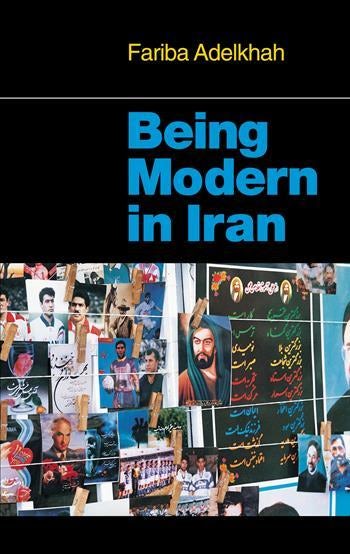 Being Modern in Iran

What does it mean to be modern in Iran today? Can one properly speak of modernity in relation to what many consider to be the paradigmatic Islamic state? Since its 1979 revolution seized the world's attention, the Islamic Republic of Iran has remained a subject of misunderstanding, passion, and polemic, making these questions difficult to answer—or even to ask. This book—a study of Iran's political culture in the broadest and deepest sense—looks into both of these questions by examining the tremendous changes taking place in Iran today.

Because of the difficulties posed for researchers and journalists by the nature of the regime, those interested in contemporary Iranian social life have had to rely on a small number of specialized studies—most of which overemphasize the revolution's radical break with the past and focus exclusively on the Republic's Islamic character as the decisive factor in its social reality. But modernity has not simply been banished and excluded from Iran; nor have the effects of globalization passed it by.

Drawing on her extensive ethnographic fieldwork in Iran and an encyclopedic knowledge of contemporary Iranian politics and culture, anthropologist Fariba Adelkhah investigates modernity in the Islamic Republic of Iran by looking at the growth of individualism, the bureaucracy, commercial forces, and rationalization in post-revolution Iran.

Being Modern in Iran ranges over such topics as

 the culture of giving;

 the changing role of clerics;

 the changing use of the Koran; and

 the growth of competition in all areas of life.

These subjects are brought to life by vignette discussions of pigeon-fanciers, flower symbolism, funeral rites, dreams, self-help manuals, cosmetics, and much more.

Adelkhah avoids a simpleminded dualism between an "odious," backward, and repressive regime on the one side and a "kindly" civil society representing progress and freedom on the other; rather, she argues that a public space is being created through the existence of many religious, political, and economic activities. This sophisticated anthropology of the Iranian state sheds much-needed light on the unique nature of the social experiment Iran has been experiencing since the revolution.

For anyone interested in understanding the complexities of contemporary Iranian politics, this book should be mandatory reading. Afsaneh Najmabadi, Middle East Journal

Precisely how Iranians have fashioned, and are fashioning, their daily life—or, as Adelkhah puts it, 'reinventing their modern life'—is the tantalizing focus of this very interesting... book about Iranian culture and politics. Farideh Farhi, International Journal of Middle East Studies

Introduction: A Political Earthquake
One: When Taxes Bloom in Tehran
Two: The Man of Integrity: A Matter of Style
Three: The Economics of Beneficence Beings: The Story of an Election
Five: A New Space for Islam?
Six: Looking After Number One: A Competitive Society