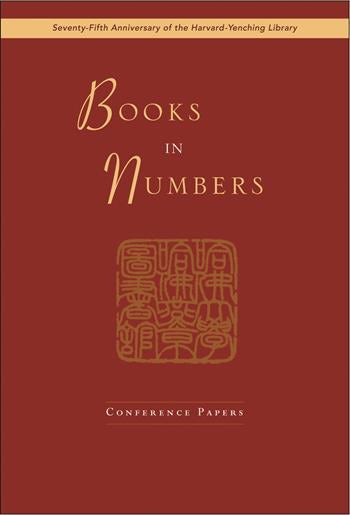 This collection of essays is a result of an academic conference entitled "Books in Numbers" held in celebration of the seventy-fifth anniversary of the Harvard-Yenching Library. The aim of this conference was to celebrate the book culture of East Asia by comparing and contrasting the development of manuscript and print culture in each of the separate cultural areas of the region: China, Korea, Japan, Vietnam, and Central Asia. The essays do not attempt to offer a "complete" picture of the history of writing and the book in East Asia, but rather they hope to make a modest contribution by highlighting the differential developments in each of the cultural regions, as they were influenced by political, economic, social, and cultural factors.

Wilt L. Idema currently teaches Chinese Literature at Harvard University. He has published widely, both in English and Dutch, especially on Chinese drama and fiction. Among his most recent publications are A Guide to Chinese Literature (with Lloyd Haft, 1997), and The Red Brush: Writing Women in Imperial China (with Beata Grant, 2004).