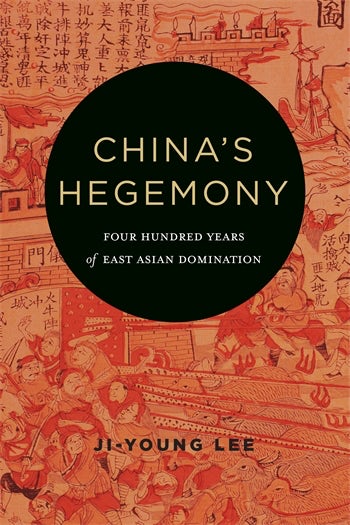 Many have viewed the tribute system as China's tool for projecting its power and influence in East Asia, treating other actors as passive recipients of Chinese domination. China's Hegemony sheds new light on this system and shows that the international order of Asia's past was not as Sinocentric as conventional wisdom suggests. Instead, throughout the early modern period, Chinese hegemony was accepted, defied, and challenged by its East Asian neighbors at different times, depending on these leaders' strategies for legitimacy among their populations. This book demonstrates that Chinese hegemony and hierarchy were not just an outcome of China's military power or Confucian culture but were constructed while interacting with other, less powerful actors' domestic political needs, especially in conjunction with internal power struggles.

Focusing on China-Korea-Japan dynamics of East Asian international politics during the Ming and High Qing periods, Ji-Young Lee draws on extensive research of East Asian language sources, including records written by Chinese and Korean tributary envoys. She offers fascinating and rich details of war and peace in Asian international relations, addressing questions such as: why Japan invaded Korea and fought a major war against the Sino-Korean coalition in the late sixteenth century; why Korea attempted to strike at the Ming empire militarily in the late fourteenth century; and how Japan created a miniature tributary order posing as the center of Asia in lieu of the Qing empire in the seventeenth century. By exploring these questions, Lee's in-depth study speaks directly to general international relations literature and concludes that hegemony in Asia was a domestic, as well as an international phenomenon with profound implications for the contemporary era.

China's Hegemony is a jewel of a book. Utterly clear-headed, it deals with a broad swath of history by focusing on carefully selected episodes. Its overall argument is compelling. Peter J. Katzenstein, Cornell University

In this refreshing study of the tribute system, Ji-Young Lee adopts an interactive approach. The system may have allowed China to set norms and assert regional hegemony, but the compliance of lesser states was contingent upon their domestic politics—and served to hold China to account. By looking at the other side of the tribute relationship, Lee moves us past the current logjam between cultural and realist explanations of Chinese diplomacy. Timothy Brook, author of The Troubled Empire: China in the Yuan and Ming Dynasties

China's Hegemony makes a significant contribution to our understanding of the Sinocentric tribute system. Contrary to explanations that focus on China's material power, Lee shows how Korean and Japanese rulers, to varying degrees, sought to enhance their domestic legitimization by seeking the approval of the Chinese emperors. By symbolic submission and reciprocal recognition, they enhanced their own domestic standing but also simultaneously reinforced the hierarchy that placed the Chinese empire at the apex of this system. Hendrik Spruyt, author of The Sovereign State and Its Competitors: An Analysis of Systems Change

Lee makes a powerful and new argument about an important issue. She provides a wealth of new information about how Korea and Japan dealt with China over four hundred years. This book will be a major contribution to scholarly debates about hierarchy, hegemony, and historical East Asian international relations. David C. Kang, author of East Asia Before the West: Five Centuries of Trade and Tribute

China’s Hegemony is not only a vital contribution to the field of IR but also a very informative book for historians. To anyone interested in a comparison of diplomatic behaviors of Korea and Japan toward China in the early modern period, this book is essential reading. Sungkyun Journal of East Asian Studies

Overall this is a well-argued book. It is a good introduction to the early modern history of China, Korea, and Japan and their interactions, placed within the overall IR frame of reference. John K. Whitmore, University of Michigan, Journal of Chinese Military History

Ji-Young Lee is an assistant professor of international relations at the School of International Service, American University, where she holds the C. W. Lim and Korea Foundation Professorship of Korean Studies.