The Politics of a Global City 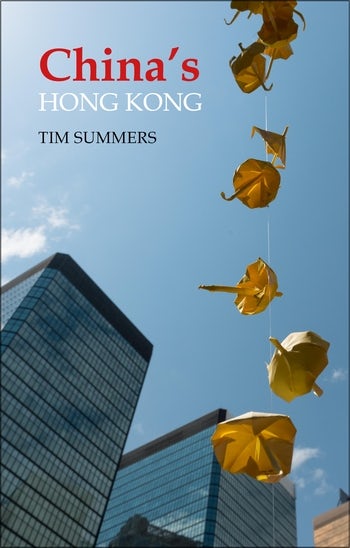 The Politics of a Global City

The constitutional settlement under which Hong Kong became a Special Administrative Region of the PRC in 1997 was based on the idea of “one country, two systems”. At the time of Hong Kong’s handover from British to Chinese rule, there was much speculation over how and whether an open society and market economy would be respected by an authoritarian communist state, one which has since risen to become the world's second largest economy.

Since the protests and street occupations over the issue of democracy in 2014, Hong Kong is firmly back in the news. As 2017 marked the twentieth anniversary of Hong Kong’s handover to Chinese rule, this book looks afresh at the constitutional settlement and considers whether it has been able to withstand the changes in Hong Kong, the economic rise of China and the shifts in the global economy that have accompanied them. Tim Summers argues that the developments in Hong Kong have to be understood as a unique interplay between local, national and global developments and challenges the assumption that the main dynamic at play in Hong Kong is its tussle for control with Beijing.

Tim Summers is a lecturer in the Centre for China Studies at the Chinese University of Hong Kong. He has been a senior consulting fellow at Chatham House, based in Hong Kong, and was a British diplomat for 13 years, including a posting as consul-general in Chongqing (2004–07), and a period in Hong Kong (1996–2001).