Chinese Fiction of the Nineteenth and Early Twentieth Centuries 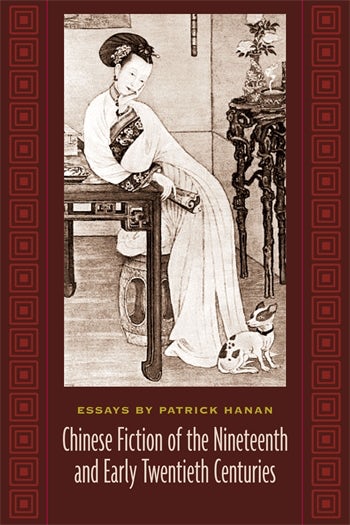 Chinese Fiction of the Nineteenth and Early Twentieth Centuries

It has often been said that the nineteenth century was a relatively stagnant period for Chinese fiction, but preeminent scholar Patrick Hanan shows that the opposite is true: the finest novels of the nineteenth century show a constant experimentation and evolution. In this collection of detailed and insightful essays, Hanan examines Chinese fiction before and during the period in which Chinese writers first came into contact with western fiction.

Hanan explores the uses made of fiction by westerners in China; the adaptation and integration of western methods in Chinese fiction; and the continued vitality of the Chinese fictional tradition. Some western missionaries, for example, wrote religious novels in Chinese, almost always with the aid of native assistants who tended to change aspects of the work to "fit" Chinese taste. Later, such works as Washington Irving's "Rip Van Winkle," Jonathan Swift's "A Voyage to Lilliput," the novels of Jules Verne, and French detective stories were translated into Chinese. These interventions and their effects are explored here for virtually the first time.

Hanan does students of modern Chinese fiction a great favor by bringing these scholarly essays together in a single volume...Highly recommended. Choice

Any scholarly writing by Patrick Hanan...is to be welcomed...sure to be worth our careful consideration. Robert E. Hegel, Bulletin of the Institute of Chinese Literature and Philosophy

An important contribution to the fields of both premodern and modern Chinese fiction. Ying Wang, China Review International

A significant contribution to scholarship not only on late imperial Chinese literature but also in the field of descriptive translation studies. Geraldine Schneider, Rocky Mountain Review

Introduction
1. The Narrator's Voice Before the "Fiction Revolution"
2. Illusion of Romance and the Courtesan Novel
3. The Missionary Novels of the Nineteenth Century
4. The First Novel Translated Into Chinese
5. The Translated Fiction in the Early Shen Bao
6. The New Novel Before the New Novel—John Fryer's Fiction Contest
7. The Second Stage of Vernacular Translation
8. Wu Jianren and the Narrator
9. Specific Literary Relations of Sea of Regret
10. The Autobiographical Romance of Chen Diexian
11. The Technique of Lu Xun's Fiction
Works Cited
Glossary
Index

Patrick Hanan is Victor S. Thomas Professor of Chinese Literature emeritus at Harvard University. He is the author of The Chinese Vernacular Story and The Invention of Li Yu, and the translator of The Carnal Prayer Mat, The Sea of Regret, and A Tower for the Summer Heat (Columbia) among other works.