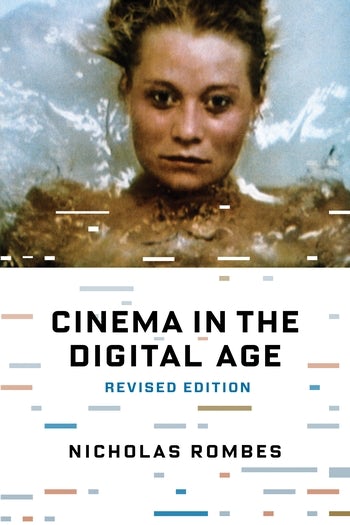 Have digital technologies transformed cinema into a new art, or do they simply replicate and mimic analogue, film-based cinema? Newly revised and expanded to take the latest developments into account, Cinema in the Digital Age examines the fate of cinema in the wake of the digital revolution. Nicholas Rombes considers Festen (1998), The Blair Witch Project (1999), Timecode (2000), Russian Ark (2002), and The Ring (2002), among others. Haunted by their analogue pasts, these films are interested not in digital purity but rather in imperfection and mistakes—blurry or pixilated images, shaky camera work, and other elements that remind viewers of the human behind the camera.

With a new introduction and new material, this updated edition takes a fresh look at the historical and contemporary state of digital cinema. It pays special attention to the ways in which nostalgia for the look and feel of analogue disrupts the aesthetics of the digital image, as well as how recent films such as The Social Network (2010) and The Girl with the Dragon Tattoo (2011)—both shot digitally—have disguised and erased their digital foundations. The book also explores new possibilities for writing about and theorizing film, such as randomization.

Over the last several decades, digital technologies have profoundly changed the ways that movies are made, as well as the ways that we watch them. But these changes are neither simple nor straightforward. In Cinema in the Digital Age, Nicholas Rombes surveys these changes with a kaleidoscopic collage of observations, suggestions, and extrapolations. Steven Shaviro, DeRoy Professor of English, Wayne State University

Nicholas Rombes' updated version of Cinema in the Digital Age is a playful and provocative work. His book offers a compelling and creative approach to film criticism grounded in the material aspects of digital media as it becomes our everyday mode for making, distributing, watching, and sharing movies. Chuck Tryon, Fayetteville State University

The rise of digital has changed not only the ways films are made, but the ways they are watched, thought, and dreamed about. In this revised edition of his groundbreaking Cinema in the Digital Age, Nicholas Rombes thrillingly identifies the essential films, technologies and practices emblematizing the rupture of digital before peering, with both anxiety and excitement, into the pixel-smeared wilderness ahead. Scott Macaulay, editor-in-chief, Filmmaker Magazine; producer, Forensic Films

Nicholas Rombes is professor of English at the University of Detroit Mercy. He is the author of several books on cinema and punk, including The Ramones (2005), and editor of New Punk Cinema (2005). He also directed the feature-length lo-fi paranoid thriller The Removals (2016).