Constructions of Cultural Identities in Newsreel Cinema and Television after 1945 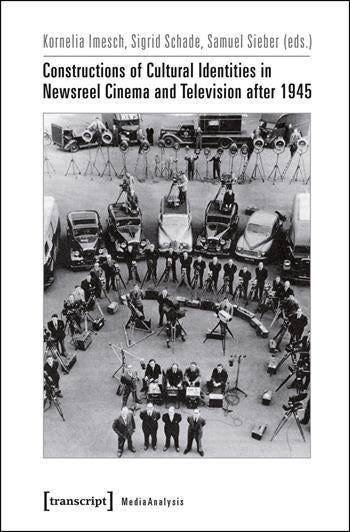 Constructions of Cultural Identities in Newsreel Cinema and Television after 1945

Newsreel cinema and television served as an important tool in the shaping of political spheres and the construction of national and cultural identities up to the 1960s. Today's potent televisual forms were furthermore developed in and strongly influenced by newsreels, and much of the archived newsreel footage is repeatedly used to both illustrate and re-stage past events and their significance. This book addresses newsreel cinema and television as a medium serving the formation of cultural identities in a variety of national contexts after 1945, its role in forming audiovisual narratives of a »biopic of the nation«, and the technical, aesthetical, and political challenges of archiving and restaging cinematic and televisual newsreel.

Kornelia Imesch is a professor of modern and contemporary art and architecture at the Section d'histoire de l'art, University of Lausanne, Switzerland.

Sigrid Schade is head of the Institute for Cultural Studies in the Arts at Zurich University of the Arts, Switzerland.

Samuel Sieber is a researcher in Basel and Zurich, Switzerland.