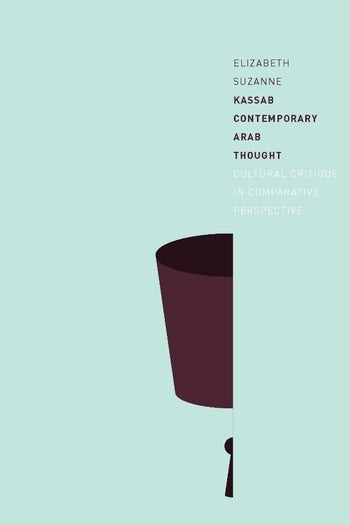 During the second half of the twentieth century, the Arab intellectual and political scene polarized between a search for totalizing doctrines—nationalist, Marxist, and religious—and radical critique. Arab thinkers were reacting to the disenchanting experience of postindependence Arab states, as well as to authoritarianism, intolerance, and failed development. They were also responding to successive defeats by Israel, humiliation, and injustice. The first book to take stock of these critical responses, this volume illuminates the relationship between cultural and political critique in the work of major Arab thinkers, and it connects Arab debates on cultural malaise, identity, and authenticity to the postcolonial issues of Latin America and Africa, revealing the shared struggles of different regions and various Arab concerns.

A must read for all those who want to understand the Arab world's cultural predicament. Issa J. Boullata, The Middle East Journal

[An] outstanding contribution that does an excellent job of exposing the self-analysis of contemporary Arab culture. Yoav Di-Capua, H-Levant

Preface
Introduction: Cultural Malaise and Cultural Identity in Twentieth-Century Western, Postcolonial, and Arab Debates
1. The First Modern Arab Cultural Renaissance, or Nahda: From the Mid-Nineteenth Century to the Mid-Twentieth Century
2. Critique After the 1967 Defeat
The Existential Dramatization of Critique the Day After the Defeat: Saadallah Wannous's Theatrical Oeuvre
Humanistic Nationalism and Critical Reason: Qustantin Zurayq
The Critique of Religious-Metaphysical Thought: Sadeq Jalal al-Azm
The Critique of Ideology and Historicization: Abdallah Laroui
Gendering Critique: Nawal el-Saadawi and the Late-Twentieth-Century Arab Feminists
The Radicalization of Critique and the Call for Democracy: Reclaiming the Individual's Critical Faculties
3. Marxist, Epistemological, and Psychological Readings of Major Conferences on Cultural Decline, Renewal, and Authenticity
The Cairo Conference of 1971: "Authenticity and Renewal in Contemporary Arab Culture"
The Kuwait Conference of 1974: "The Crisis of Civilizational Development in the Arab Homeland"
The Cairo Conference of 1984: "Heritage and the Challenges of the Age in the Arab Homeland: Authenticity and Contemporaneity"
Critique in These Conferences: The Fixation on Tradition and the Intellectualization of the Malaise
4. Critique in Islamic Theology
From the Unthought and the Unthinkable to the Thinkable: Mohammed Arkoun
The Historicity of Revelation and the Struggle for Thought in the Time of Anathema: Nasr Hamid Abu Zayd
Feminist Historicization of Religious Traditions: Nazira Zain al-Din, Fatima Mernissi, and Leila Ahmed
An Islamic Theology of Liberation: The "Islamic Left" of Hassan Hanafi
A Christian Arab Theology of Liberation: Naim Ateek and Mitri Raheb in Palestine-Israel
On the Potential for Critique in Traditional Islam: Talal Asad's Analysis of the Public Criticism by Ulemas in Saudi Arabia
Islamic Critique and the Cultural Malaise
5. Secular Critique
Critique of the Exclusive Monopoly over "True" Islam: Farag Fouda
The Importance of Keeping the Debate on the Human Level: Fouad Zakariyya
Critique of the Essentialist and Romantic Conception of Identity: Aziz al-Azmeh
Critique of the Islamicization of Knowledge and the Quest for an Indigenous Social Science: Bassam Tibi, Abdelkebir Khatibi, and Hisham Sharabi
Critique of the Conciliatory Pattern of Thinking: Muhammad Jaber al-Ansari, Hisham Sharabi, and Nadeem Naimy
Secularism, Democracy, and Cultural Critique
Recentering the Historical, the Human, and the Partial: The Secular Call for Democracy and Human Rights
6. Breaking the Postcolonial Solitude: Arab Motifs in Comparative Perspective
The Western Debates
The Non-Western Postcolonial Debates
Common Leitmotivs and Arab Specifi cities
Shifting Priorities
Conclusion: The New Nahda Impulses, Reclaiming the Right to Freedom and Life
Notes
Bibliography
Index

Elizabeth Suzanne Kassab a research fellow at the German Orient Institute in Beirut. She has studied in Beirut and Fribourg, Switzerland, and has taught in Lebanon at the American University of Beirut and at the University of Balamand, and in the United States at Columbia University and Yale University. She is the author of The Theory of Social Action in the Schutz-Parsons Debate.