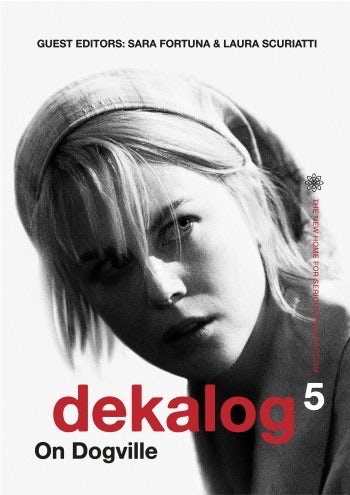 On Dogville is the result of the lively debates prompted by Lars von Trier's film amongst its wide and diverse public. The essays in the volume have been written by authors from across Europe interested in different theoretical approaches and perspectives, ranging from philosophy and ethics to film history, critical theory, gender and media studies, and linguistics. The volume presents the reader with a plurivocal account of the film's context and its relevance to the discussions on various topical issues in contemporary culture. Each chapter focuses on one or more aspects of the film, building on specific concepts and theoretical frames such as the Marxist paradigm of objectification, Girard's theory of violence, Deleuze's philosophy of film, the theological category of grace, the concept of integrity, Wittgenstein's reflections on 'seeing-as' and aspect change, and, finally, feminist critique to Jakobson's linguistic theories. While providing stimulating and at times diverging readings of the film, the thoroughly trans-disciplinary dialogue between the chapters also offers new methodological tools, making the film's complexity and relevance come alive in the text.

Sara Fortuna teaches Philosophy of Language at the Guglielmo Marconi University of Rome and is associate member at the Berlin Institute for Cultural Inquiry. She has published widely across many areas of philosophy and linguistics.


Laura Scuriatti is Professor of Literature at ECLA of Bard, Liberal Arts University, Berlin (Germany). She is the editor of Berlin Babylon (2004) and the co-editor of The Exhibit in the Text: The Museological Practices of Literature (2009).