Democracy and Islam in Indonesia 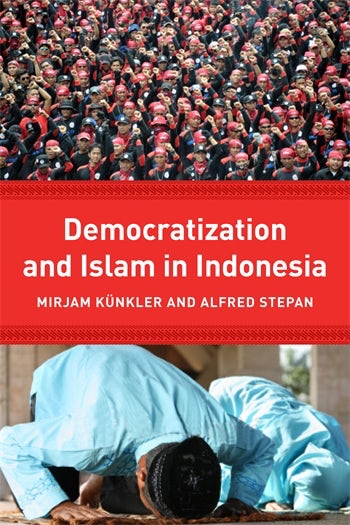 Democracy and Islam in Indonesia

Indonesia's military government collapsed in 1998, igniting fears that economic, religious, and political conflicts would complicate any democratic transition. Yet in every year since 2006, the world's most populous Muslim country has received high marks from international democracy-ranking organizations. In this volume, political scientists, religious scholars, legal theorists, and anthropologists examine the theory and practice of Indonesia's democratic transition and its ability to serve as a model for other Muslim countries. They compare the Indonesian example with similar scenarios in Chile, Spain, India, and Tunisia, as well as with the failed transitions of Yugoslavia, Egypt, and Iran. Essays explore the relationship between religion and politics and the ways in which Muslims became supportive of democracy even before change occurred, and they describe how innovative policies prevented dissident military groups, violent religious activists, and secessionists from disrupting Indonesia's democratic evolution. The collection concludes with a discussion of Indonesia's emerging "legal pluralism" and of which of its forms are rights-eroding and rights-protecting.

Specialists in Indonesia will see the array of experts assembled in this volume and need little persuasion to study its contents. But those interested in democratization, religion and politics, and Islam will find the book equally rich. The authors offer sober and sophisticated analysis in service of fairly sunny conclusions about Indonesia's democratic present and future; they do so in a form that is accessible and very amenable to comparative understandings of the Indonesian experience. Nathan J. Brown, George Washington University

Democratization literature in political science has few in-depth studies of democratic transitions in Muslim-majority societies. The abundant literature on Islam and politics in Indonesia has largely neglected to compare Indonesia's transition with those in other parts of the world. In this well-written and theoretically engaging volume, Künkler and Stepan bring together leading figures from political science and Indonesian studies to address both of these intellectual shortcomings. The result is the best volume currently available on the role of Islam and Muslims in Indonesia's democratic transition. This important book should be required reading for specialists of Indonesia and all those interested in how democracy might be constructed in Muslim-majority countries. Robert W. Hefner, Institute on Culture, Religion, and World Affairs, Boston University

Acknowledgments
List of Abbreviations
Chronology
Part I. Introduction
1. Indonesian Democratization in Theoretical Perspective by Mirjam Künkler and Alfred Stepan
2. Indonesian Democracy: From Transition to Consolidation by R. William Liddle and Saiful Mujani
Part II. Attitudes: The Development of a Democratic Consensus by Religious and Political Actors
3. How Pluralist Democracy Became the Consensual Discourse Among Secular and Nonsecular Muslims in Indonesia by Mirjam Künkler
4. Christian and Muslim Minorities in Indonesia: State Policies and Majority Islamic Organizations by Franz Magnis-Suseno
Part III. Behaviors: Challenges to the Democratic Transition and State and Their Transcendence
5. Veto Player No More? The Declining Political Influence of the Military in Postauthoritarian Indonesia by Marcus Mietzner
6. Indonesian Government Approaches to Radical Islam Since 1998 by Sidney Jones
7. How Indonesia Survived: Comparative Perspectives on State Disintegration and Democratic Integration by Edward Aspinall
Part IV. Constitutionalism: The Role of Law and Legal Pluralism
8. Contours of Sharia in Indonesia by John Bowen
9. Unfinished Business: Law Reform by Tim Lindsey and Simon Butt
Glossary
Notes
Selected Bibliography
Contributors
Index

Read the introduction to Democracy and Islam in Indonesia:

Mirjam Künkler is assistant professor in the Department of Near Eastern Studies at Princeton University.

Alfred Stepan is the Wallace Sayre Professor of Government at Columbia University.