A Future in the Past 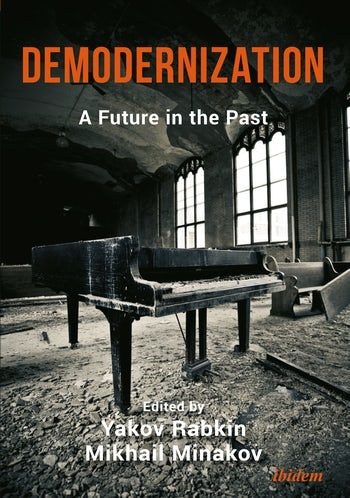 A Future in the Past

Medical doctors driving taxis, architects selling beer on street corners, scientific institutes closed down amid rusting carcasses of industrial plants—these images became common at the turn of the twenty-first century in many once modern “civilized” countries. In quite a few of them, longtime neighbors came to kill each other, apparently motivated by the newly discovered differences of religion, language, or origin. Civil nationalism gave way to tribal, ethnic, and confessional conflict. Rational arguments of a geopolitical nature have been replaced by claims of self-righteousness and moral superiority.

These snapshots are not random. They are manifestations of a phenomenon called demodernization that can be observed from the banks of the Neva to the banks of the Euphrates, from the deserts of Central Asia to the English countryside and all the way to the city of Detroit. Demodernization is a growing trend today, but it also has a history. Seventeen scholars, including historians, philosophers, sociologists, and archaeologists, offer their views of demodernization. The book is divided into three parts dedicated to conceptual debates as well as historical and contemporary cases. It book provides a wealth of empirical materials and conceptual insights that provide a multifaceted approach to demodernization.

This book shows that progress is not linear and cumulative. Rethinking it is a crucial task to ensure a viable future. Enrique Barón Crespo, Former President of the European Parliament, Spain

Kudos on your overall thesis of the cruelty of modern politics, including its militarism, disempowerment, and rising inequality. Jeffrey D. Sachs, Columbia University

This book raises an uncomfortable question that many of us ignore to our peril: are we being pushed back from modernity? This question is fundamental for our future. Yuri G. Akimov, Saint Petersburg State University

We are spellbound with the modernizing march of technology, barely noticing opposite tendencies, which challenge our societies. This volume fills this gap with a series of learned and stimulating essays. Demodernization is an indispensable guide to the world we inhabit and the future we desire. Richard Falk, Princeton University

In the midst of an unprecedented global breakdown, this collaborative volume offers a polyphony of insights into the demodernization of our world. Yuzo Itagaki, University of Tokyo

Demodernization is a new concept—but is it a new reality? Is modernity given—or it is now at risk of reversal? This fresh and challenging book debates modernization and regress as critical tools for the understanding of the global world. Alexander Etkind, European University Institute, Florence, Italy

Demodernization is original and important. It sheds new light on obstacles on the road to a free, just, and cohesive global world, which seemed very close not so long ago. Denys Kiryukhin, Skovoroda Institute of Philosophy, Kiev, Ukraine

This book is fascinating and convincing. While every essay discusses a different issue, together they provide a coherent picture of risks of a major regression for humanity. Julius Grey, human rights lawyer, Montreal, Canada

Yakov M. Rabkin, born and educated in the Soviet Union, is professor of history at the University of Montreal. Author of several books and hundreds of articles, he served as an expert witness for the Standing Committee on External Affairs and International Trade of the Parliament of Canada and cooperated with the OECD and other international organizations on issues of science and technology policy.

Mikhail Minakov is principal investigator for Ukraine at the Kennan Institute/Wilson Center for International Scholars and DAAD Visiting Professor at Europe University Viadrina. He is editor-in-chief of Kennan Focus Ukraine and Ideology and Politics. From 2001 to 2018 Minakov was professor of philosophy at the National University of Kyiv-Mohyla Academy. His research interests focus on ideology, social experience, social and political imagination, as well as long-term epistemological tendencies in modernity. He authored over hundred articles and research papers and several books including Kant’s Concept of the Faith of Reason (2001), History of Experience (2007), Photosophy (2017), and Development and Dystopia (2018).