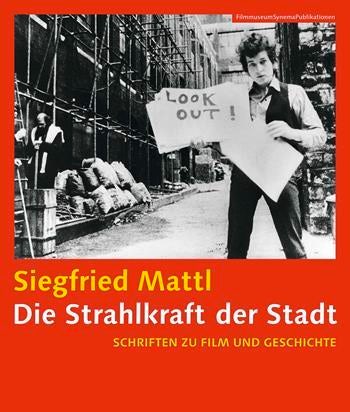 ?Films, in their generic, stylistic, and rhetorical variety, are modes of experience that provide a sense for the unexpected dynamics of urban life and historical reality. This understanding of cinema, as loving as it is theoretical, inspired the writings on film which form a central part of the wide-ranging work of Austrian historian Siegfried Mattl. From the political imaginary of well-known "historical films" by Stanley Kubrick, Ridley Scott, John Woo, and Todd Haynes, to inter-war comedies and post-war educational films highlighting the changing socio-economic textures of Vienna, and on to amateur films that offer surprising views of how Austrians adapted themselves to Nazism or consumer culture, Mattl´s investigations are rich in historical context and re-evaluated material. Written with humor and a critical view of power relations, his essays and studies – some published for the first time – also enter into dialogues with Siegfried Kracauer's and Jacques Rancière's concepts of cinema's historicity. Exploring imagescapes of Red Vienna, of Haneke's white, or of Dylan's blues, Mattl invites us to look back at, and look out for, the ephemera that make up history.

?Siegfried Mattl (1954-2015) was a social and cultural historian working on and with film. He was the co-founder and head of Vienna's Ludwig Boltzmann Institute for History & Society. Along with a large body of research on topics of modern history, such as the "Red Vienna" of the interwar period, Mattl carried out groundbreaking studies on film as an approach to the dynamics of urban experience and historical reality.