25 Years of Freedom and the Roma People 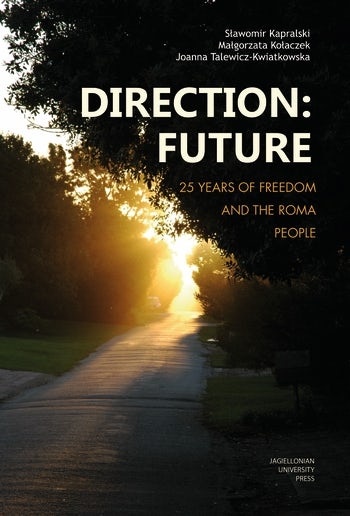 25 Years of Freedom and the Roma People

Over the past two decades, in the wake of the postcommunist transition, the emergence of Romani activism has been an important development accompanying political changes in Central and Eastern Europe. Alongside the emergence of Romani associations, international NGOs have been increasingly involved in the struggle against discrimination toward Roma. A field specializing in the so-called Roma issue has developed, comprising non-governmental and intergovernmental organizations, expert bodies, foundations, and activists.

This text discusses the emergence of the transitional Roma movement and the genesis of the Roma issue in international politics. In the framework of a historical overview, the main actors speaking on behalf of Roma are presented, from the medieval Gypsy Kings to the contemporary European Roma and Traveller Forum.

This book is a part of the current debate about democracy, multiculturalism, minority rights, and the role of migrants in contemporary European societies. It is an important publication that brings together theoretical narrative with activist opinions: scholars and experts with Romani leaders and activists. At the same time this book is about crossing boundaries, about transcultural journey toward a society without discrimination, prejudice, and divisions. It is a narrative between utopia and reality, realities and dreams, desires and capabilities. It also brings real, living people to the forefront, who are deeply rooted in their cultural and social environments. I recommend this book not only for scholars. It is a story about people like us, wanting to change their plight as well as the fate of others. It is a report about lives of people entangled in dramatic twists and intricacies of contemporary history. Tadeusz Paleczny, Institute of Intercultural Studies, Jagiellonian University

Sławomir Kapralski is a professor at the Pedagogical University in Krakow and a recurrent visiting lecturer at the Lancaster University’s MA program operated by the Polish Academy of Sciences in Warsaw.

Małgorzata Kołaczek is assistant professor in the Institute of Intercultural Studies at the Jagiellonian University in Krakow, cofounder of the Dialog-Pheniben Foundation, and managing editor of the sociocultural quarterly Dialog-Pheniben.

Joanna Talewicz-Kwiatkowska is assistant professor at the the Jagiellonian University in the Institute of Intercultural Studies.