Chinese Discover the Modern Wold in Japan, 1854–1898. A Window on the Intellectual and Social Transformation of Modern China 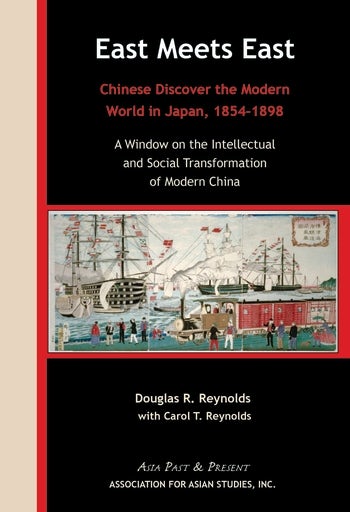 Chinese Discover the Modern Wold in Japan, 1854–1898. A Window on the Intellectual and Social Transformation of Modern China

Through the lives of Chinese diplomats and their careers, East Meets East explores three important dimensions of modern Chinese history: Chinese discovery of the modern world in Japan; reports on Japan suppressed by higher authorities because of their insistent objectivity and non-Sinocentric perspective; and state-sponsored innovations to meet crises which opened the gates to intellectual and social transformations at the grassroots. Meaty reports on Japan directly informed the Hundred Days Reforms of 1898 while, inside China since 1861, extrabureaucratic government Ju (Bureaus)—industrial arsenals, navy yards, translation bureaus and schools, mines, shipping, textiles, telegraphy, and railroads—demanded the talents of “irregular path” (yitu) persons having new knowledge distinct from “regular path” (zhengtu) bureaucrats. Against this background it becomes much clearer why the Xinzheng modernization reforms after 1901 took hold and why after 1912 elites old and new rejected Yuan Shikai’s bid to restore the imperial order in 1915–16. After 1916, there was no going back. The old order and era were truly “gone with the wind.”

DOUGLAS R. REYNOLDS is Professor of History at Georgia State University and is a specialist in modern Chinese history, with an associated research field in modern Japanese history. He is author of China: 1898-1912: The Xinzheng Revolution and Japan.