Evolution and the End of Man 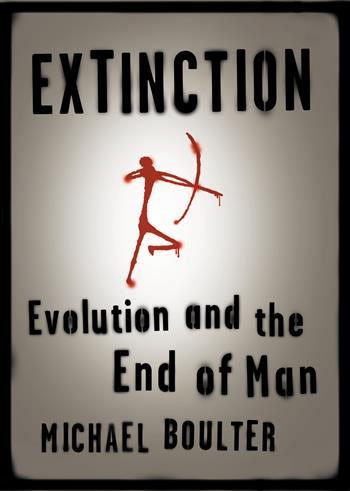 Evolution and the End of Man

Sixty-five million years ago the dinosaurs were destroyed in a mass extinction that remains unexplained. Out of that devastation, new life developed and the world regained its equilibrium. Until now. Employing radically new perspectives on the science of life, scientists are beginning to uncover signs of a similar event on the horizon: the end of man.

In telling the story of the last sixty-five million years, Michael Boulter reveals extraordinary new insights that scientists are only now beginning to understand about the fossil record, the rise and fall of species, and the nature of life. According to Boulter, nature is a self-organizing system in which the whole is more important than its parts. The system is self-correcting, and one of its tools is extinction. If the system is disrupted, it will do what it must to restore balance.

This book is a thoroughly researched introduction to the new developments in the science of life and a chilling account of the effects that humans have had on the planet. The world will adapt and survive; humanity most probably will not.

Engagingly argued... Boulter predicts that among mammals it is the ecologically adaptable and undemanding that shall inherit the earth: the rats, the bats, the voles. Personally, I hope that the lemurs make it as well. Times Literary Supplement

Boulter writes with clarity and verve about findings, theses and models from a wide variety of fields.... Perhaps this book, like a splash of cold water, will help wake us up. Merle Rubin, Los Angeles Times

Boulter has an intriguing tale to tell.... It is indeed a story worth telling, and a book worth reading. The Independent

It is packed with juicy anecdotes about fossils, evolution, and geological strata...The real attention-getting theme is the author's proposal that the human species will shortly go extinct...This is a fascinating thesis, not to say one that arouses alarm. Michael R. Rose, The Historian

This is an intriguing book that pulls together current understandings of biodiversity, paleobiology, and climatology to present a sobering... And hopeful... Picture of what the future may hold. Southeastern Review

The Past is Not Over
Extinction
A System Out of Chaos
From Dinosaurs to Us
What's in a Name?
A Man-made Extinction Event
Humans and the Future
Index

Michael Boulter is a professor of paleobiology at the University of East London. He is the head of a team analyzing Fossil Record 2, the largest database of information on extinct animals and plants. For twenty years, Boulter has been secretary and editor for the International Organisation of Palaeobotany.