Extremism and Violent Extremism in Serbia 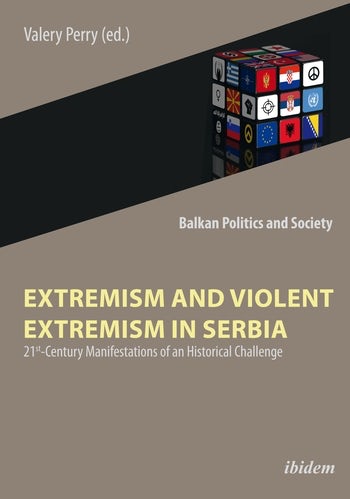 Extremism and Violent Extremism in Serbia

This volume explores the issues of extremism and violent extremism in Serbia through research from a multitude of different interdisciplinary perspectives. The topic of violent extremism and radicalization leading to terror (VERLT) has grown as a field of policy and donor aid support, globally and in the western Balkans. This new focus has been manifest through both increased counterterrorism support as well as efforts to prevent and counter violent extremism (P-CVE)—activities which are often peacebuilding as well as democratization initiatives. The main manifestation of extremism of interest to foreign donors (and often domestic authorities) is ISIS-inspired Salafi jihadism. However, in many of the countries in the region, and in the case of Serbia, there are other forms of extremism—namely far-right nationalism, violent hooliganism, and neo-Nazi movements—that are considered to be more of a threat, particularly as they are often viewed as examples of ‘normalized’ political expression. In addition, these extremisms can magnify one another through a process of reciprocal radicalization and interconnected spirals of exclusion, marginalization, grievance, and perceived victimhood.

This volume explores the issue as evident on the ground in Serbia in 2017 and 2018, using fresh and original research and perspectives that demonstrate that Serbia is at risk of many types of extremism, which are interconnected and can best be prevented by achieving the liberal, democratic, rights-based reforms that have remained elusive for more than two decades.

Valery Perry has worked in southeast Europe since the late 1990s, conducting research and working for a variety of organizations, policy groups, and nongovernmental organizations. Her focus is on postwar political dynamics, good governance, and social reconstruction.