An Essay on Free Will 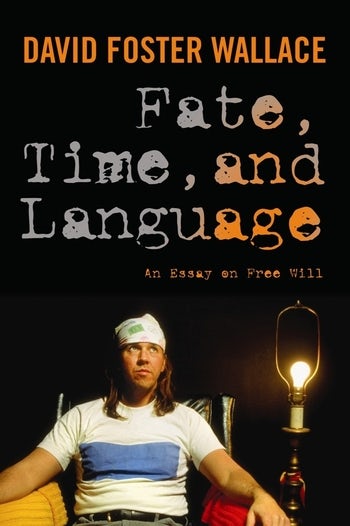 An Essay on Free Will

In 1962, the philosopher Richard Taylor used six commonly accepted presuppositions to imply that human beings have no control over the future. David Foster Wallace not only took issue with Taylor's method, which, according to him, scrambled the relations of logic, language, and the physical world, but also noted a semantic trick at the heart of Taylor's argument.

Fate, Time, and Language presents Wallace's brilliant critique of Taylor's work. Written long before the publication of his fiction and essays, Wallace's thesis reveals his great skepticism of abstract thinking made to function as a negation of something more genuine and real. He was especially suspicious of certain paradigms of thought-the cerebral aestheticism of modernism, the clever gimmickry of postmodernism-that abandoned "the very old traditional human verities that have to do with spirituality and emotion and community." As Wallace rises to meet the challenge to free will presented by Taylor, we witness the developing perspective of this major novelist, along with his struggle to establish solid logical ground for his convictions. This volume, edited by Steven M. Cahn and Maureen Eckert, reproduces Taylor's original article and other works on fatalism cited by Wallace. James Ryerson's introduction connects Wallace's early philosophical work to the themes and explorations of his later fiction, and Jay Garfield supplies a critical biographical epilogue.

Fatalism, the sorrowful erasure of possibilities, is the philosophical problem at the heart of this book. To witness the intellectual exuberance and bravado with which the young Wallace attacks this problem, the ambition and elegance of the solution he works out so that possibility might be resurrected, is to mourn, once again, the possibilities that have been lost. Rebecca Newberger Goldstein, author of Thirty-six Arguments for the Existence of God: A Work of Fiction

As an early glimpse at the preoccupations of one of the 20th century's most compelling and philosophical authors, it is invaluable, and Wallace's conclusion... is simply elegant. Publishers Weekly

This book is for any reader who has enjoyed the works of Wallace and for philosophy students specializing in fatalism. Library Journal

an excellent summary of Wallace's thought and writing which shows how his philosophical interests were not purely cerebral, but arose from, and fed into, his emotional and ethical concerns. Robert Potts, Times Literary Supplement

A philosophical argument that deserves a place in any college-level library interested in modern philosophical debate. A lively, debative tone keeps this accessible to newcomers. Midwest Book Review

David Foster Wallace (1962-2008) wrote the acclaimed novels Infinite Jest and The Broom of the System and the story collections Oblivion, Brief Interviews with Hideous Men, and Girl with Curious Hair. His nonfiction includes the essay collections Consider the Lobster and A Supposedly Fun Thing I'll Never Do Again and the full-length work Everything and More.