Fathering from the Margins

An Intimate Examination of Black Fatherhood 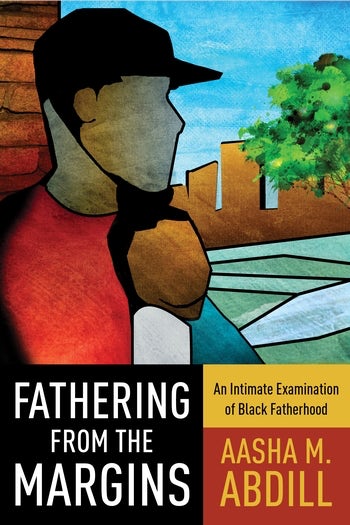 Fathering from the Margins

An Intimate Examination of Black Fatherhood

Despite a decade of sociological research documenting black fathers’ significant level of engagement with their children, stereotypes of black men as “deadbeat dads” still shape popular perceptions and scholarly discourse. In Fathering from the Margins, sociologist Aasha M. Abdill draws on four years of fieldwork in low-income, predominantly black Bedford-Stuyvesant, Brooklyn, to dispel these destructive assumptions. She considers the obstacles faced—and the strategies used—by black men with children.

Abdill presents qualitative and quantitative evidence that confirms the increasing presence of black fathers in their communities, arguing that changing social norms about gender roles in black families have shifted fathering behaviors. Black men in communities such as Bed-Stuy still face social and structural disadvantages, including disproportionate unemployment and incarceration, with significant implications for family life. Against this backdrop, black fathers attempt to reconcile contradictory beliefs about what makes one a good father and what makes one a respected man by developing different strategies for expressing affection and providing parental support. Black men’s involvement with their children is affected by the attitudes of their peers, the media, and especially the women of their families and communities: from the grandmothers who often become gatekeepers to involvement in a child’s life to the female-dominated sectors of childcare, primary school, and family-service provision. Abdill shows how supporting black men in their quest to be—and be seen as—family men is the key to securing not only their children's well-being but also their own.

Fathering from the Margins is a captivating and well-written ethnographic study of African American fatherhood today. This work illuminates the everyday life of the urban ghetto while specifically dispelling stereotypes that black fathers are less involved than fathers of other races. Insightful and engrossing, this book is a must-read for anyone seeking to understand the black community today. Elijah Anderson, author of Code of the Street and The Cosmopolitan Canopy

Has involved fatherhood among low-income men existed all along with no public recognition, or is such parenting increasing through changing social norms and cultural forms? The answer is not exclusively one or the other. In exploring this question, Aasha M. Abdill has written a beautiful and honest ethnography of low-income black fathers in Brooklyn's Bedford-Stuyvesant community that neither romanticizes nor pathologizes them. She traces the strategies fathers use to fulfill societal expectations of provision and caretaking and to reconcile the 'cool pose' with warm parent-child interactions. Through her keen observations and interviews with fathers, teachers, mothers, and grandmothers, Abdill handily illustrates how fatherhood is a collective enterprise that by its public practice generates more of the same. Roberta Coles, author of The Myth of the Missing Black Father

Fathering from the Margins reflects brilliant insight borne of compassion. Abdill’s is a unique scholarly endeavor emanating from a respect and love for Bedford-Stuyvesant and other marginalized communities. Her work fills a gap in ethnographic studies, dispels long-held myths and misperceptions about black fathers, uses hip-hop to illuminate black men’s pain and aspirations concerning fatherhood, and derives research-based policies to address the growing national trend of female-headed households. In this book, Abdill offers a breakthrough analysis for policy makers and practitioners who understand the pivotal role of strong families and communities. Colvin W. Grannum, President and CEO, Bedford Stuyvesant Restoration Corporation

This is a fresh contribution to the areas of fatherhood/men's studies (specifically) and racial/ethnic studies (in general). Choice

Acknowledgments
1. Misunderstood: The Significance of Race and Place in Understanding Black Fatherhood
2. Men with Children: The Changing Landscape of Urban Fatherhood
3. In and Out: The Poses and Performances of Black Fathers
4. Something Between All and Nothing: Strategies for Keeping Hold of Family
5. The Black Maternal Garden: Maternal Gatekeeping in the Context of Grandmothers and Community Mothers
6. A Woman’s World: Finding a Place in the Matriarchal Urban Village
7. Conclusion: Black Men as Family Men
Appendix: A Reflection on Methods
Notes
References
Index

Aasha M. Abdill is an independent scholar who advocates for the inclusion of marginalized voices in the scholarship informing initiatives dedicated to family and community socioeconomic empowerment. Abdill, a proud HBCU alum, also holds advanced degrees in quantitative methodology from Columbia University and sociology from Princeton University.