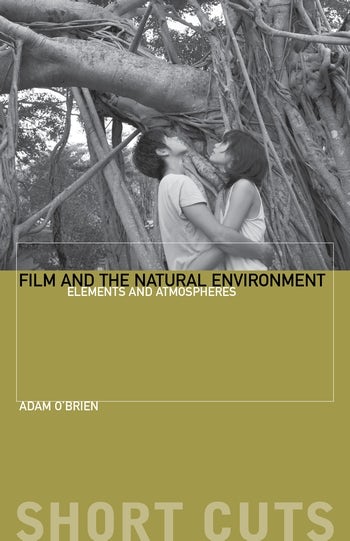 Environmental themes are present in cinema more than ever before. But the relationship between film and the natural world is a long and complex one, not reducible to issues such as climate change and pollution. This volume demonstrates how an awareness of natural features and dynamics can enhance our understanding of three key film-studies topics—narrative, genre, and national cinema. It does so by drawing on examples from a broad historical and geographical spectrum, including Sunrise, A River Called Titas, and Profound Desires of the Gods. The first introductory text on a topic which has long been overlooked in the discipline, Film and the Natural Environment argues that the nonhuman world can be understood not just as a theme but as a creative resource available to all filmmakers. It invites readers to consider some of the particular strengths and weaknesses of cinema as communicator of environmental phenomena, and collates ideas and passages from a range of critics and theorists who have contributed to our understanding of moving images and the natural world.

In this original and lucidly written study, Adam O’Brien shows us how to think environmentally about film theory, history and criticism. The book takes in a wide range of films, both geographically and historically, through insightful close readings of often overlooked formal and aesthetic features. It explores the ways in which narrative and character are shaped by, and interact with, the environment in which a film is located, as well as the specific use of landscape and setting in genres such as film noir and in a variety of national cinemas, including Japan. By viewing fictional films as embedded in the natural environment, this is a fresh and innovative contribution to film studies. David Ingram, Senior Lecturer in Film and Television Studies at Brunel University, UK, and author of Green Screen: Environmentalism and Hollywood Cinema (2004)

Adam O’Brien’s Film and the Natural Environment is an essential contribution to the burgeoning field of ecomedia studies. It provides an accessible and comprehensive exploration of films that address environmental concerns from around the world. The focus on global film culture and on films that would not immediately be recognised as ‘environmental’ is a particular strength of this book. The fact that the book so fluently synergises theory with case study examples makes it essential reading for anyone interested in the field. Pietari Kääpä, University of Warwick

Adam O'Brien is lecturer in film at the University of Reading. He is the author of Transactions With the World: Ecocriticism and the Environmental Sensibility of New Hollywood (2016).