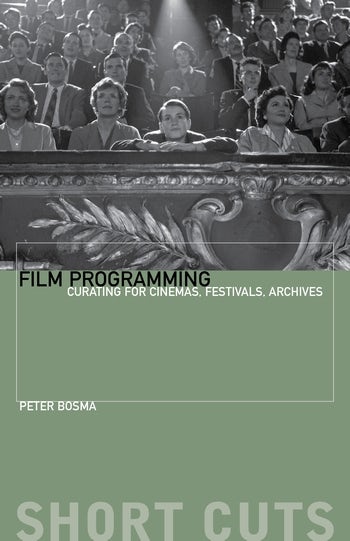 This study explores artistic choices in cinema exhibition, focusing on film theaters, film festivals, and film archives and situating film-curating issues within an international context. Artistic and commercial film availability has increased overwhelmingly as a result of the digitization of the infrastructure of distribution and exhibition. The film trade's conventional structures are transforming and, in the digital age, supply and demand can meet without the intervention of traditional gatekeepers—everybody can be a film curator, in a passive or active way. This volume addresses three kinds of readers: those who want to become film curators, those who want to research the film-curating phenomenon, and those critical cinema visitors who seek to investigate the story behind the selection process of available films and the way to present them.

The inexperienced film programmer's guidebook as well as the burgeoning film scholar's foundational text on the subject. Cineaste

Peter Bosma is an independent programmer, researcher, and lecturer in film studies based in the Netherlands.